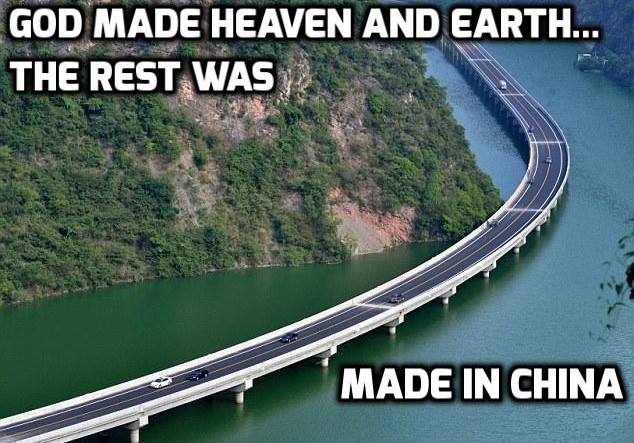 China opened this spectacular highway in Hubie, Central China. for the public in Aug 9. 2015.

It is the new route connecting Xingshan County in Hubei to G42, further to a high-speed motorway that connects Shanghai, East China with Chengdu, South China. It runs close to 6.8 miles in length. ‘Overwater Highway’ links Xingshan County in Hubei to G42, a motorway that connects Shanghai to Chengdu

As the people named it “Over-Water Highway”, it is built in the middle of a river valley giving the travelers a breathtaking through the journey.

It has reduced the travel time for the commuters from one hour to just 20 minutes. The design of the route displays the importance given to save the nature. The motorway runs through the curve of the valley. Same is said by the project manager, that out of all the designs and route proposed, preference was given to save the nature and built the route over the river rather than tunneling through the mountain.
Source: The Daily Mail

Continue Reading
You may also like...
Related Topics:china, news, Technology

iPhone 6S and iPhone 6S Plus : Apple Is Soon Going To Unveil It
10 Facts About ISRO (Indian Space Research Organisation) That Will Surely Make Every Indian Proud