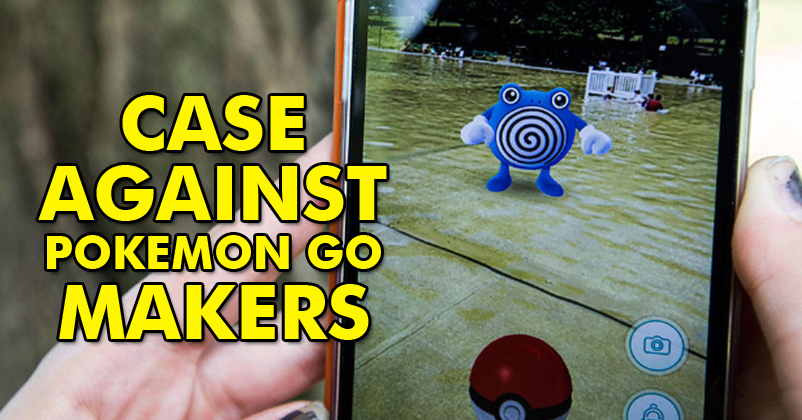 Remember that old grumpy uncle who used to take away our cricket balls whenever we played near his house ?
Yes, some people are indeed rude and rough. They don’t like anyone entering and roaming around in their property. Such people are quite unsocial and find themselves in a very odd situation during social meetings. Sometimes, the best thing about time is that, even if time changes, some people don’t. And yes, once again, when the whole world is going crazy over the Pokemon Go game , there is this man who filed a complaint against the maker of the Pokemon Go game. It is quite hard for the game lovers to digest this news as for them, their saviour has been accused of something which isn’t worth spending their attention for.

The reason of filing a federal lawsuit against the creators of the game is because of placing the virtual reality creatures on his property without his prior permission, which “caused many Pokemon Go players to interfere with [his] use and enjoyment of his property,” . All the reasons have been quoted in the documents submitted in court for the trials. The man’s name is Jeffrey Marder and he is from West Orange, New Jersey. Later on he also accused the company by claiming that the game’s developer, Niantic, “made unauthorized use” of his and other people’s personal properties by putting PokeStops and placing Pokemon Gyms — virtual meeting points for playing the game — and thus compelling and igniting “Pokemon Go’s millions of players to make unwanted incursions into his and many people properties who are totally affected by this.

The complaint is against many companies namely Niantic Inc., Nintendo Co., and The Pokemon Company. Although there has been official reply from their part on this issue. J.C. Smith, The Pokemon Company’s consumer marketing director in an interview held last week said that the company is updating the augmented-reality game so it remains fun for players but they should also respects the real world.

However, the person who was mentioned in the lawsuit as being possibly affected by the placement of the Pokemons said that it really wasn’t a problem.

“It was barely a nuisance; it’s been a net positive, and we’ve managed to meet a bunch of our neighbors,” said Boon Sheridan, a user experience designer in Holyoke, Massachusetts, who lives in an old church where a Pokemon Gym was placed. “I asked to have it removed and Niantic removed it within 48 hours.”

The Pokemon Go game uses smartphones’ cameras and GPS features to superimpose creatures known as Pokemon in real life aura, and also making meeting points like PokeStops and Pokemon Gyms, over real-world imagery and maps. A player’s aim is to capture Pokemon and challenge other contenders. There have been many reports of players trespassing many private properties and thus ending up harming themselves and creating troubles for many people too. A proper and strong conscious should be developed for playing such a game where the players are prone to forget the difference the virtual and real world.

Please write down your opinions regarding the lawsuit against the game makers. Is this really necessary to go for such a harsh step or was it important to drag the makers of the game to the court and hold them accountable for unpleasant trespassing of unknown people in their private property.