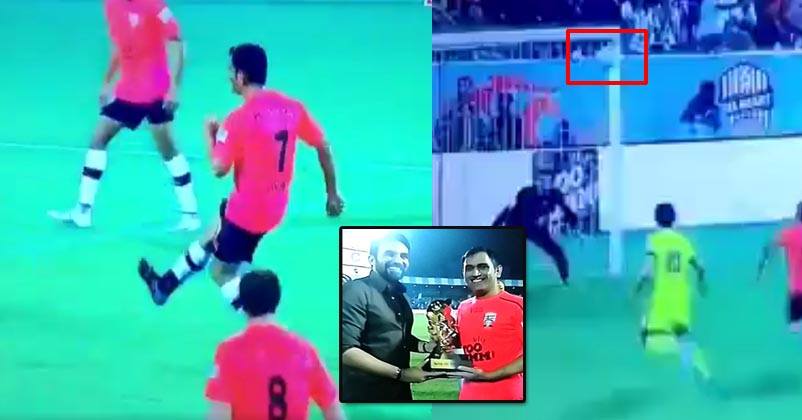 Dhoni is a true magician when it comes to sports; be it his wicket keeping skills or be it his batting skills, everything is just so AWESOME. Well, he has now proved that he’s not only among the best cricketers in the world but is also among the best footballers. Yes, fans got to see his football magic in Mumbai Football Arena in the match between All Stars FC & All Heart FC.

Dhoni, who was in the All Heart FC team displayed stunning goals and won hearts of his fans once again; he brought victory to his team and gave them a 2-0 lead. He opened the scoring in the 5th minute itself and scored 2 goals. 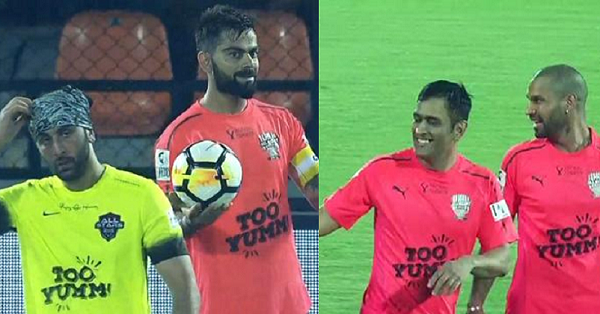 His free-kick ability was the main highlight of this Celebrity Clasico match and fans couldn’t stop appreciating him. This direct free hit is what made him the man of the match. If you too wish to see that wonderful moment, watch the video below…

And one more goal;

This is how his fans reacted…

This was excellent; we are proud of you Dhoni, you rock!

This Contestant Is Going To Be Evicted From The BB House This Week. Her Fans Will Be Sad
Triple H Delivered Big B’s Famous Dialogue & Indian Fans Have Loved It