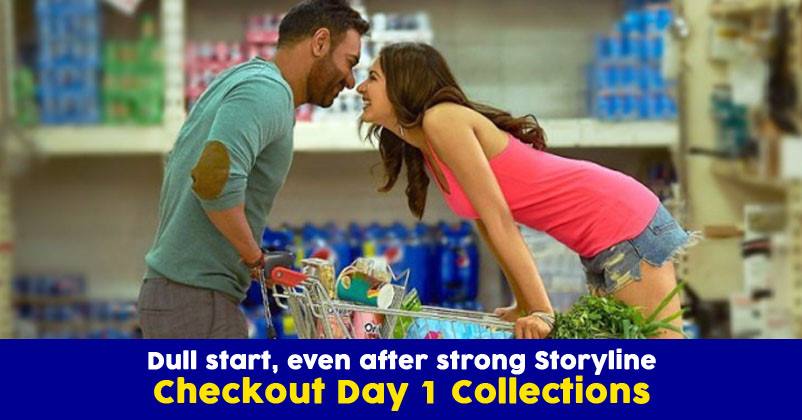 
Avik Ali’s May – December romantic comedy is extremely dull regardless of having a crisp script. The film revolves around 50 years old Ashish (Ajay Devgn) who falls in love with 26-year-old Ayesha (Rakul Preet) who is his son’s age. The story unfolds when Ashish decides to introduce Ayesha to his family, which includes his father (Alok Nath), ex-wife Manju (Tabu) and daughter Ishita (Inayat).


The first-day collection of the movie managed to hit the double-digit figure in the box office collection. De De Pyaar De is the 6th highest opening of 2019 after Uri, Gully Boy, Kalak, Kesari and Student Of The Year 2.

The first-day collection of the movie is Rs. 10.40 crore. De De Pyaar De witnessed 30 per cent of occupancy in the theatres on its the first day and kick-started with a good box office collection.

Ajay Devgan’s last film Total Dhamaal hap opened at RS. 16.50 crore and had entered in the 100 crore box office club in around 9 days.

Film critic and trade analyst Taran Adarsh took to Twitter to share the film’s first-day collection and wrote, #DeDePyaarDe picked up towards evening after a dull start… Occupancy was higher in the evening/night shows… Strong reports should ensure a turnaround on Day 2 and 3… Fri ₹ 10.41 cr [incl Thu previews]. India biz #DDPD

#DeDePyaarDe picked up towards evening after a dull start… Occupancy was higher in evening/night shows… Strong reports should ensure a turnaround on Day 2 and 3… Fri ₹ 10.41 cr [incl Thu previews]. India biz. #DDPD

De De Pyaar De Review: Ladies Save The Day For This May-December Romcom
Twitter Looses It After They See Virat And Pant In A Not So Likable Advertisement