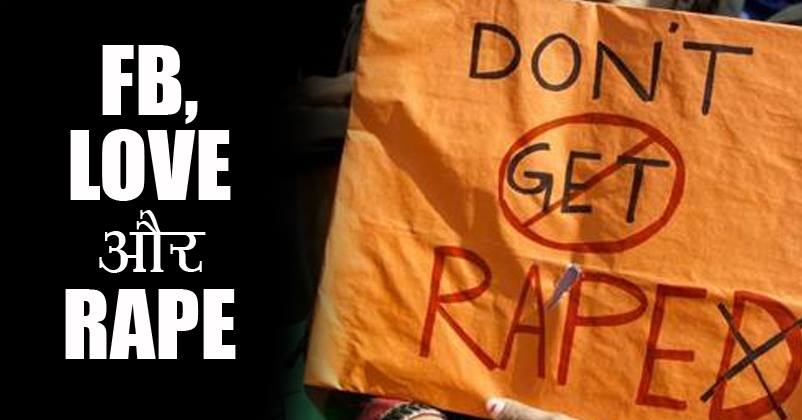 There has constantly been an increasing trend of social media and you can find a number of sites which naturally grab the attention and interest of people, especially teenager and youth are highly affected by these. They ignorantly share vital information with strangers that might eventually prove to be hazardous for them.

A horrific incident happened with a woman of Uzbekistan who reported it to the Delhi police. The accused belongs to Delhi’s Mahipalpur area and is absconded at present. The two became friends on Facebook in May 2015 and the 34-yr man, Altaf alias Raju, gradually made her fall in love with him while chatting. Not only this, he assured her of his being a bachelor and asked her to come to Delhi for marriage.

In the words of a sr. police officer, “He told her that he was in love with her and proposed to her. He also asked her to come to India and join his ‘business’. When she landed in India, Altaf took her to a hotel room in Mahipalpur and repeatedly raped her on the pretext of marriage.” According to her, she was locked in a room and the accused used to record her videos. Later on, Altaf introduced the woman to his 23-yr wife as well as warned that he would leak her videos on the Internet if she made attempts of leaving India.

The officer further stated, “The woman alleged that the couple took her passport and cash and pushed her into flesh trade. She said they sent clients to the room and forced her to entertain them.”

However, on Saturday, she did manage to escape from the place with some friend’s aid and reached Vasant Kunj police. A case has been lodged against the man for immoral trafficking and rape.

Wife of the accused has been taken into custody while Altaf is absconding. As per an officer, “Our teams are raiding his hideouts and we expect to arrest him soon. We are also investigating whether he was running a flesh trade racket involving the trafficking of Uzbeki woman.”

On a sad note, such kinds of incidents compel us to think whether humans have lost humanity? We often come across cases where men cheat on women on the pretext of marriage; however, it’s advised that women too don’t trust strangers to such an extent as to take a big step like moving to some other country just for a man whom they have only talked over web.

After Manoj Prabhakar And Sangeeta Bijlani It Is Ravi Shastri Who Is Infuriated With ‘Azhar’! Know Why!
These 8 Unknown Facts About Your Favorite Kapil Sharma Would Leave You Stunned….