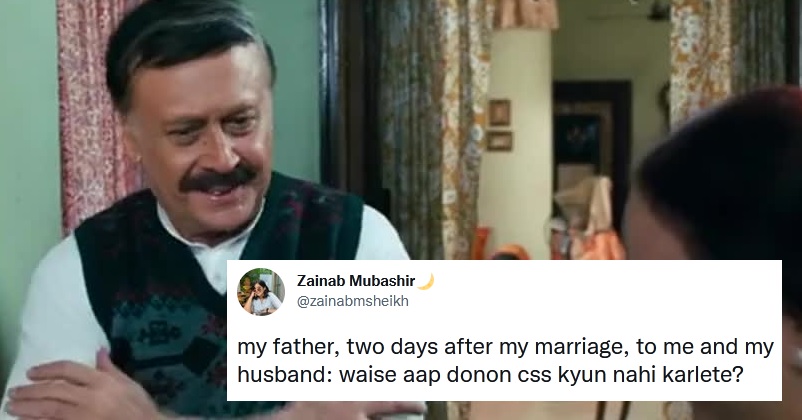 Desi fathers are known for being strict with their kids and they emphasize a lot on discipline and focus on career but what troubles many children is that their fathers are pretty obsessed with few particular career streams such as medical, engineering, civil services, etc. and they are not interested in knowing what their children want.

Desi fathers also don’t like to praise or show affection to their kids like the mothers do but they are very much concerned about their children’s future and leave no stone unturned in ensuring that their kids are on the right career path. 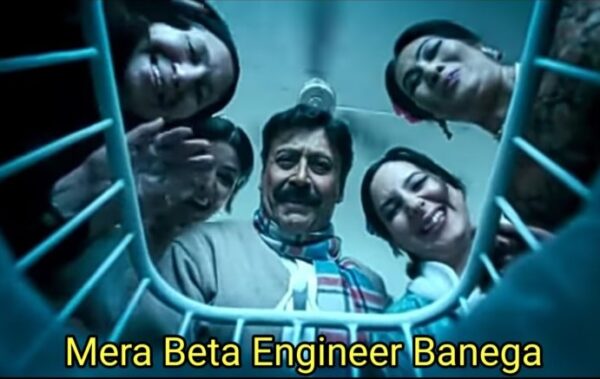 It won’t be wrong to say that many fathers are obsessed with civil services and they can speak for long hours on the benefits of becoming an IAS, IFS, etc. However, sometimes this obsession is so high that the fathers don’t even care about the occasion or the timing of their advice; they just suggest their children to pursue civil services.

A Pakistani Twitter user revealed that just after two days of her marriage, her father asked her and her hubby to pursue Central Superior Services (CSS) which is equivalent to Union Public Service Commission (UPSC) of India.

Here is what she tweeted, “My father, two days after my marriage, to me and my husband: waise aap donon CSS kyun nahi karlete?”

my father, two days after my marriage, to me and my husband: waise aap donon css kyun nahi karlete?

Soon other Twitter users started reacting and they also narrated similar incidents; here are some of the selected reactions:

My Abba gee suggesting my sis to do CSS after completing her PHD , when she is still serving as grade officer 😅🤣🤣😅🤣

Desi fathers and their obsession with CSS. Argh!!

My baba the very next day after I got admission in MBBS :" Beta CSS ki tyaari start krdo."
Desi dads and their obsession with css! https://t.co/mpaO6hszMC

That's the most desi dad thing ever honestly…..

Hahaha thats every father who has smart kids.