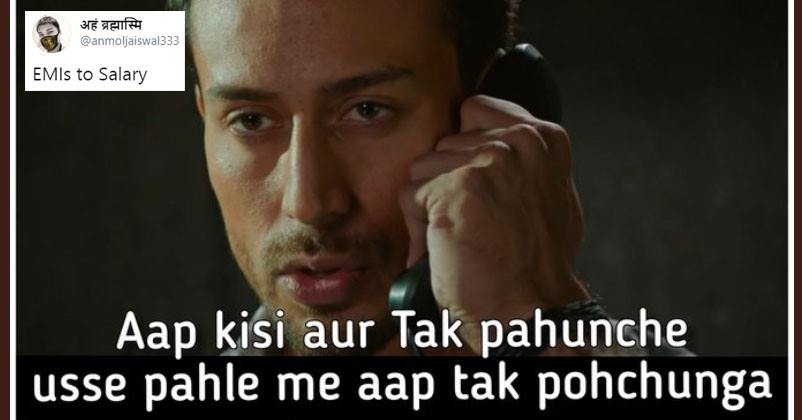 The teaser of Hrithik Roshan and Tiger Shroff’s upcoming movie War was launched on 16th July it created a buzz among the audience. Now, that the trailer is out people are definitely losing it.

WAR is one of the most anticipated movie of Hrithik Roshan and Tiger Shroff. The trailer was released on Tuesday and it was an instant hit. It is now trending on`YouTube and the trailer has already crossed 35 million views.


We all are aware of how much Tiger Shroff looks up to Hrithik Roshan and the duo will be fighting it out together for the first time. The trailer shows Tiger is trying to destroy Hrithik Roshan and two particular dialogue grabbed the attention of the netizens ‘jo seekha hai, aapse seekha hai’ and ‘aap kisi aur tak pohuche, usse pehle mein aap tak pohchunga’.

Twitter witnessed a meme fest from War.Check out a few hilarious reactions of Twitterati’s:

Engineering Colleges when u pass your 12th Board Exam😂#WarTrailer pic.twitter.com/crcFesQF5T

When you stop kids from using mobile phone these days

When a backbencher becomes a frontbencher.

My bad luck to me always- pic.twitter.com/wlvWJKrEfg

M. S. Dhoni behind the stumps to bowler #WarTrailer pic.twitter.com/Py4sFaO9da

Hands down twitteratis, this is hilarious!

Akshay Kumar’s Look-Alike Found In Kashmir, Twitter Is Surprised Over His Similarity With The Actor
Chetan Bhagat Trolled For Congratulating Tennis Player Sumit Nagal For His Performance