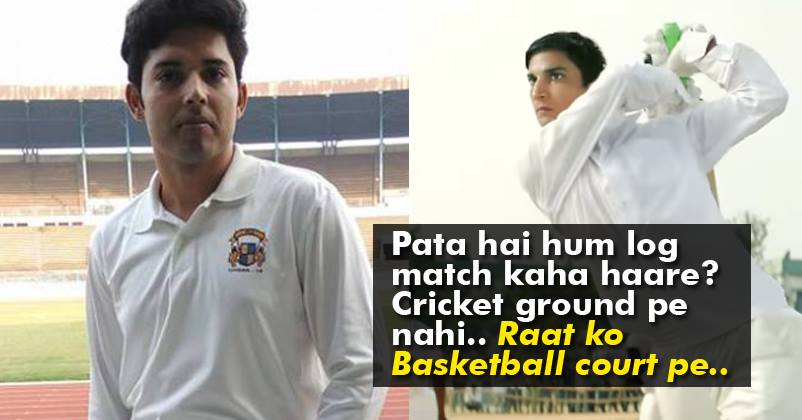 ‘M.S Dhoni: The Untold Story’ movie is just breaking all the records with its successful start in the box office. The movie shows M.S Dhoni’s struggles and his hard work. Apart from that, there are many interesting points in the movie which made the audience blow their mind for cracking various theories.

One such theory revolves around revealing the names of three senior players who were dropped from the team because of M.S Dhoni’s decision. However, this topic was hovering around in the social media for quite some time. But in the movie, there was another point which played a huge role in M.S Dhoni’s life. The time when he lost to Yuvraj Singh. Yes, its interesting. READ FURTHER.

Cricket is not just a game played on physical strength. Mental Strength is something that goes parallel with it. It is quite difficult to digest the fact that M.S Dhoni who is known for his mental strength and calmness lost to an aggressive player like Yuvraj Singh way back in his under 19 playing days. According to the movie, which is also a fact too, M.S Dhoni once played against Yuvraj Singh. Both of them were the X-Factor for their respective teams and were considered as rivals in a sporting way. On the first day, M.S Dhoni scored 84 runs and got out. When the day ended, Dhoni along with his team mates was returning back to his hostel and at that very moment, YUVRAJ SINGH happened to cross his way when they were on the Basketball Court. And this very moment was defined as the moment when M.S Dhoni lost the whole match against Yuvraj Singh who single handedly scored 358 runs in the next 2 days.

WHAT REALLY HAPPENED BACK THERE AT BASKETBALL COURT.

NOTHING MUCH ! ! Yes, nothing much really happened between them. It was just the eyes that met the eyes. And within that split of seconds, the whole match fell into the hands of Yuvraj Singh. Confusing ? That is all right. Let me explain it properly.

When Yuvraj Singh and M.S Dhoni crossed each other’s path, it was M.S Dhoni who decided to look back at him while Yuvraj Singh didn’t pay any importance to Dhoni. Dhoni was the one who lost the psychological battle. Before the beginning of the match, Yuvraj Singh’s previous amazing performances were discussed quite a lot in Bihar Team’s dressing room. Apart from that, it was the attitude and confidence of YUVRAJ SINGH which made the difference. The way he walked, the way he batted, the way he played his mind games, every single damn thing in his personality showed his ability to dominate on his oppositions. And at that very moment when M.S Dhoni looked back at YUVRAJ SINGH while walking through the basketball court, he actually gave up his confidence and fell against YUVRAJ SINGH’S confidence. By looking back at YUVRAJ SINGH, M.S Dhoni made it clear that he indeed gave more importance to YUVRAJ SINGH’S confidence and attitude than believing in his own ability to make a difference in the match by outperforming Yuvraj Singh. Such kind of psychology did affect him and his team mates where they lost their focus and couldn’t concentrate in their bowling and fielding. On the other hand, YUVRAJ SINGH took the complete advantage of their vulnerable condition and the rest is history. Such kind of moments are always important in one’s life. These very moments decide your future. Always trust your instincts and believe in yourself. And that’s the ‘MANTRA OF SUCCESS’

If you still believe that I have missed out any points, you are welcome to comment down below and share it with us ! !

Continue Reading
You may also like...
Related Topics:basketball, Dhoni, how, lost, movie, reason, singh, why, yuvraj

Here’s How Baahubali’s Mother ‘Devsena’ Looks Like In Real Life, She’s Smoking Hot!
3rd Day Collections Of “M.S Dhoni: The Untold Story” Are Out! The Movie Is Unstoppable!