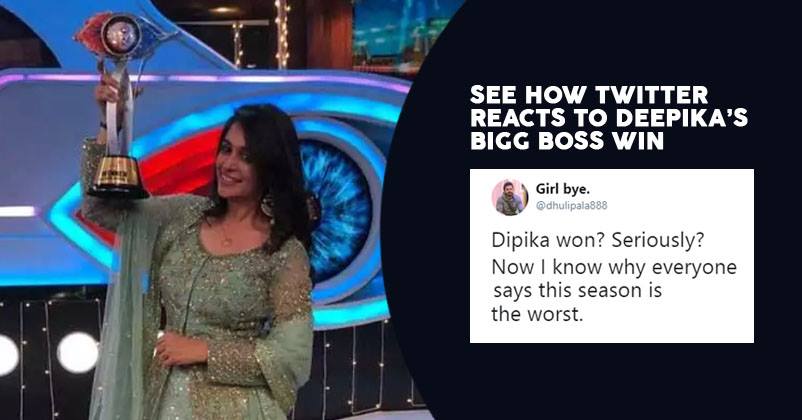 So,one of the most famous television show is over with it’s twelfth season,after one hundred and five days of misfortunes and good fortunes.

Yes,we are talking about Bigg Boss 12’which ended thankfully for some and for some,it is again a long wait of many days.The season finale declared TV actress Dipika kakar as the winner! 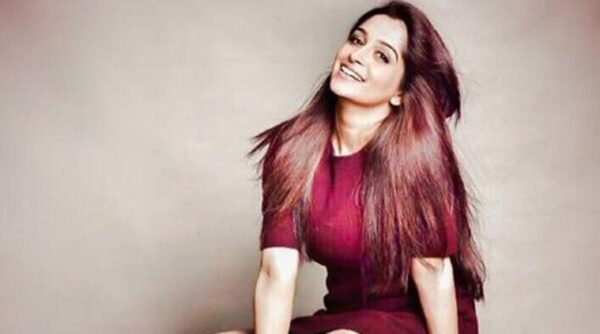 The masses though are divided about their opinions that whether she is deserving or not.to hold the winner trophy high and above,but it is sure that she is one of the popular choices.

Fans all over are greeting her with loads of good wishes and warmth.Some are feeling that maybe Sreesanth would have been a better win;but alls well that ends well.

So,check out these tweeter reactions about the Sasural Simar Ka actress’ win.

#Dipikakakar won the #BB12 title with Dignity and Elegance over cyber-bullying, PR stunts of Sree supporters and his wife’s Cham has, mostly over many negative contestants!!

She deserves,tough to go thru all opposition n win it,hats off, brilliantly played

There are not so happy tweets though!

#DipikaKakar won #BiggBoss12 has to be the biggest joke of 2018. She didn't even do anything to be a winner. This has to be the worse season in the history of #BiggBoss Screw you @ColorsTV what a waste of time!!

Despite of SHREE LARGE MAJORITY VOTES

So,whose side are you on?

Bigg Boss 12 Comes To An End, We Finally Have A Winner
This Is What Shahrukh Khan Has Advised Suhana About Guys Like Rahul From Dil Toh Pagal Hai