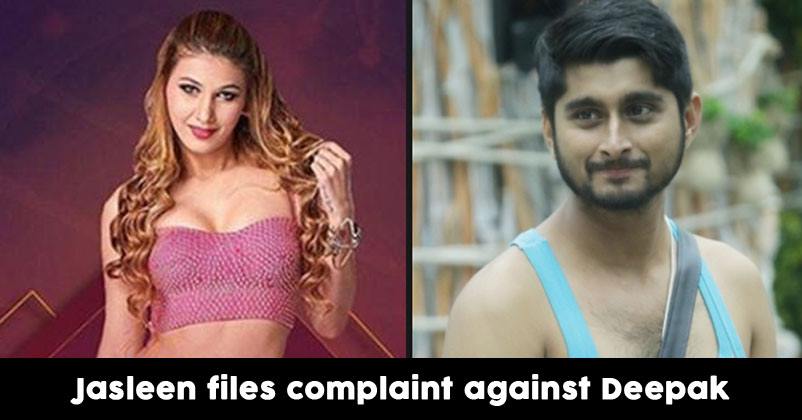 Jasleen Matharu who rose to fame from Big Boss season 12, became a popular household name after the show. She entered the Big Boss house as singer Anoop Jalota’s girlfriend and brought some masala with her. Matharu is in the headlines again for filing an FIR against his former co-participant Deepak Thakur.

Recently a video went viral of a famous video sharing app. The video was made by Deepak, in which he asked a little kid what he would do inside the Bigg Boss house. The kid answers that he would have fun and would like to go to the swimming pool with Jasleen Matharu. After the video went viral, people started commenting on Jasleen which made her mad.

Twitter Is Not Sparing Sarfaraz For Yawning in The Middle Of The India-Pakistan Match
Remember The Video By Dabur, Prior To Ind-Pak Match? They Are Back With Another Amusing Video