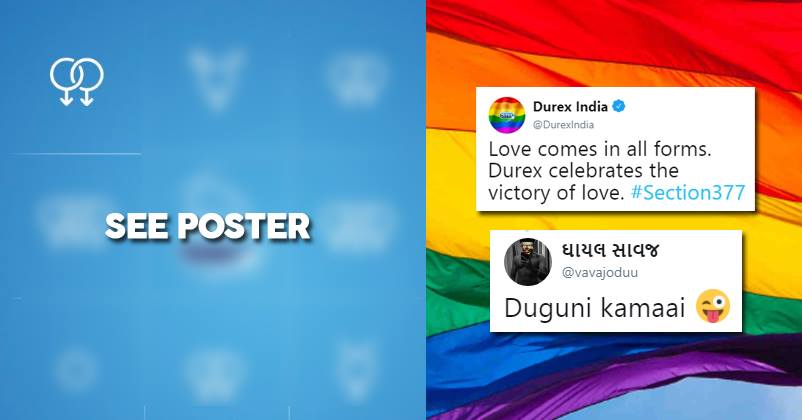 Supreme Court took the historic decision today and abolished Section 377 which criminalises homosexuality. This has led to a wave of cheer among all the gays and lesbians in the country and also those who were fighting for their rights.

Bollywood stars have also come out and appreciated the historic decision by the Supreme Court.

Durex took to Twitter and posted a creative regarding the topic in which they very cleverly promoted their brand. They wrote- 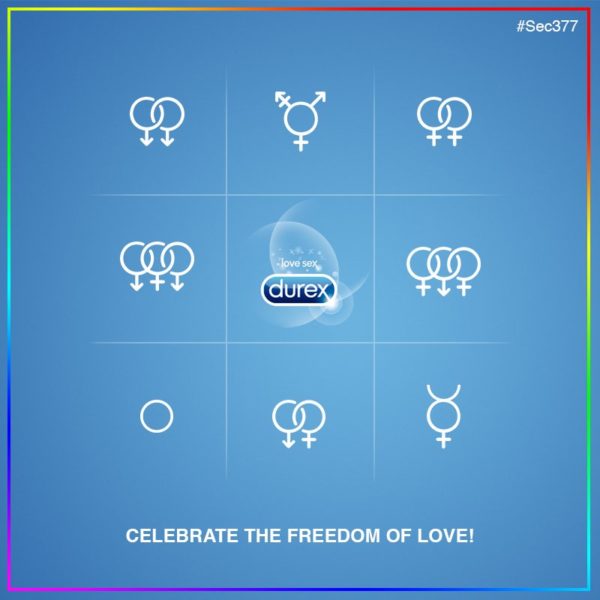 Like always, Durex has nailed it and we appreciate their creative team’s efforts. Reactions on Twitter have started pouring in. Here’s how people commented-

Continue Reading
You may also like...
Related Topics:Durex, Section 377