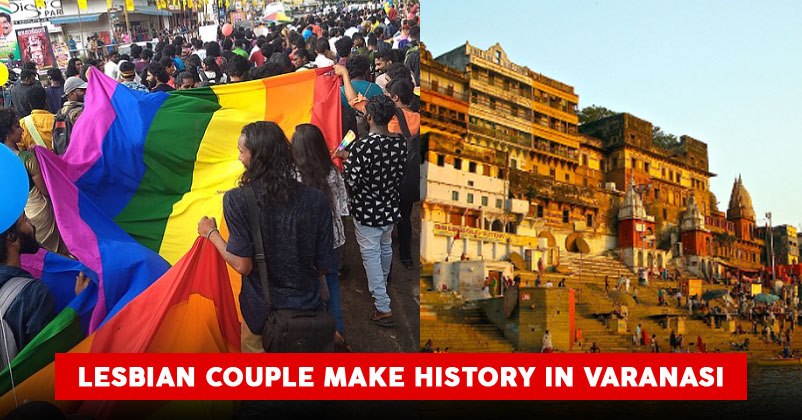 In September India took a huge step by removing the 377 of the IPC that discriminated homosexuality. It was a massive win for the LGBTQ+ community. However, India is still coming to terms with this. People are still in the process of accepting it.

A lesbian couple from Varanasi, who are distant cousins fell in love with each other and decided to get married. Despite their parents’ disapproval they went to the temple and got married. This might just be the first same-sex marriage in Varanasi.

Varanasi is considered one of the holiest places in India and this might have come as a shock to a lot of people. When the couple went to the temple, the priest refused to perform the ceremony. But the couple who were dressed casually in jeans with a red chunni covering their heads refused to leave. The priest gave in and performed the ceremony.

The couple later took a picture and posted it on social media, which caused havoc. They escaped the scene when the crowd gathered. The priest has also criticized them for doing it.

Nevertheless, this duo proved that love is above all and love will always win!