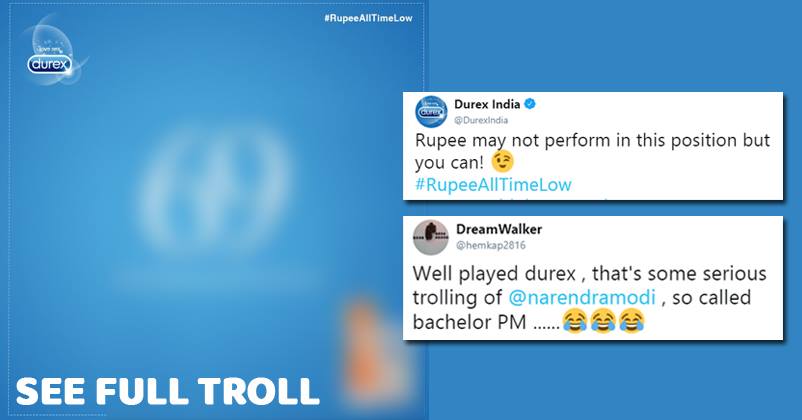 The fluctuating value of Indian Rupee has always been a reason to worry. Recently the national currency went down very low. Though briefly but compared to USD, the value of INR became 69.20. 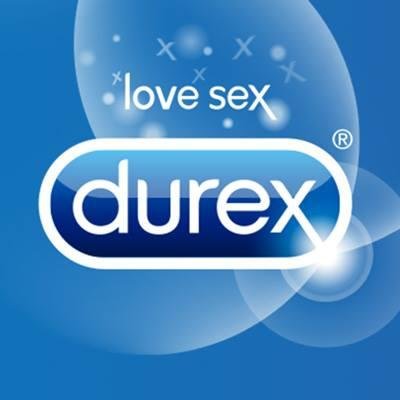 “If global issues heat up further, and if the rupee crosses the 69.20 resistance level, then we can expect to see the exchange rate at 70 in the medium term”

The issue became a trend and topic of discussion all over on social media. The famous co***m brand Durex also joined in and shared a creative taking dig on the slipping position of INR. They shared the pic and wrote an interesting caption along with it.

Rupee may not perform in this position but you can! 😉 #RupeeAllTimeLow

Rupee may not perform in this position but you can! 😉 #RupeeAllTimeLow
Buy Now: https://t.co/POmnRjSwWM pic.twitter.com/irpOXlRb1W 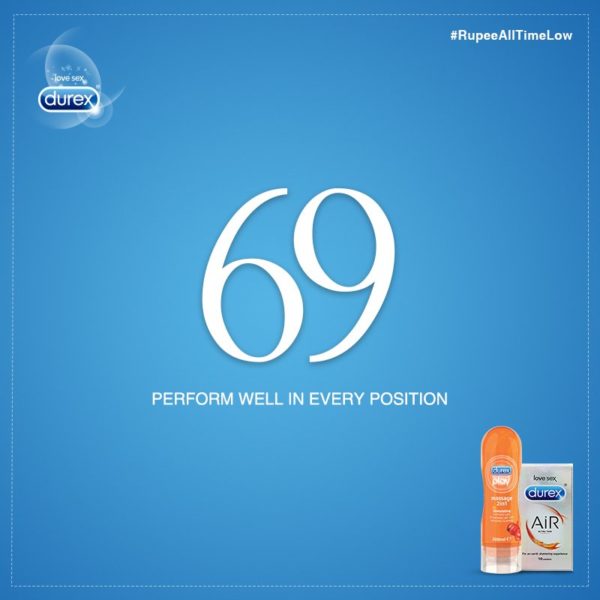 This is how people reacted to the hilarious dig of Durex on the falling value of INR.

In this position do we really need protection? #RupeeAllTimeLow 😂😂

You given great shot durex #RupeeAllTimeLow

This is durex saying don’t buy their condoms since they are expensive. 69 it instead.

Interestingly, Durex has not done it for the first time. Earlier too they have made such creatives during Virushka’s marriage, Mark Zuckerberg controversy and even during Sonam-Anand’s marriage.