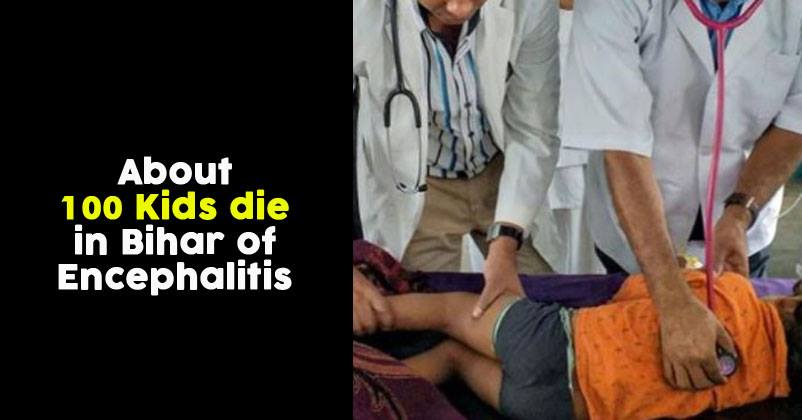 Acute Encephalitis Syndrome has taken the lives of more than 100 children in Bihar. More and more children are still being rushed to the hospital, the state government is clueless on how to treat the disease. In a report by NDTV, more than 290 children were admitted to the Sri Krishna Medical College.

The area that is the most affected is Muzaffarpur, Union Health Minister Harsh Vardhan visited there this Sunday to take a grasp of the whole situation. After his review, the minister said he had talked to “every concerned individual about this issue”. He also said, “Despite all problems and considering the seriousness of this disease, I appreciate the efforts put in by the doctors to ensure efficient treatment to everyone,” he added.

Encephalitis is an inflammation (swelling and irritation) of the brain. In most cases, a virus causes this inflammation. It is caused by an infection from bacteria, such as bacterial meningitis a complication of other infectious diseases like syphilis due to a parasite, like toxoplasmosis (found in infected cat feces) in people with weakened immune systems.

It mostly affects people with low immune systems like children and old aged people or people suffering from chronical diseases. It causes a condition known as hypoglycemia, a condition caused by a very low level of blood sugar, as one of the main reasons for the critical conditions of the children.

You can easily detect the symptoms, high fever, convulsions, and headaches.

Continue Reading
You may also like...
Related Topics:Bihar, disease

Delhi Police Brutally Beats Up A Tempo Driver And His Son, After He Threatens Them With Sword
Video Of Health Minister Being More Interested In Ind-Pak Match Than Encephalitis In Bihar Has Surfaced Online