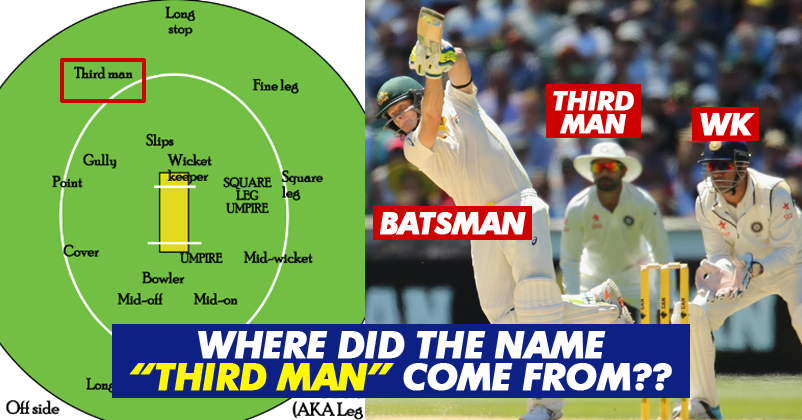 India has the huge fan following of Cricket. Though the sport originated in England, it has an unparalleled craze in India. The way Indians want to know each and everything about it and stay glued to their TV sets to enjoy the match is rare.

For all those who just can’t get enough of cricket, we bring you an interesting trivia.

Who Is the Third Man In Cricket And Why He Is Called So? The fielder who stands on the boundary at a 45-degree angle from the wicket is called a third-man. This fielder stands in the gap that is between a wicket keeper and the gully and it controls the runs that are caused by misfields.

Though no one exactly knows the reason behind the origin of the term “third man”, it is said that it started when the overarm bowling was introduced in cricket and another fielder was needed to compliment slip and point fielders. This “third fielder” was therefore called “third man”. However, with the changing times, cricket evolved as a sport. Now, the test matches hardly see a “third man” because most of the teams play attacking cricket than a defensive game. But this third fielder i.e. third man plays a very vital role in ODIs and T20.

Isn’t it Interesting? What do you say about this?

Continue Reading
You may also like...
Related Topics:cricket, Third Man

Watch Video! See How Sarfraz Ahmed Reacted When He Realized There Were Only English Reporters!
Zee News’ Sudhir Chaudhary Hits Back At Bhajji For His “Faltu News” Tweet! Here’s What He Said!