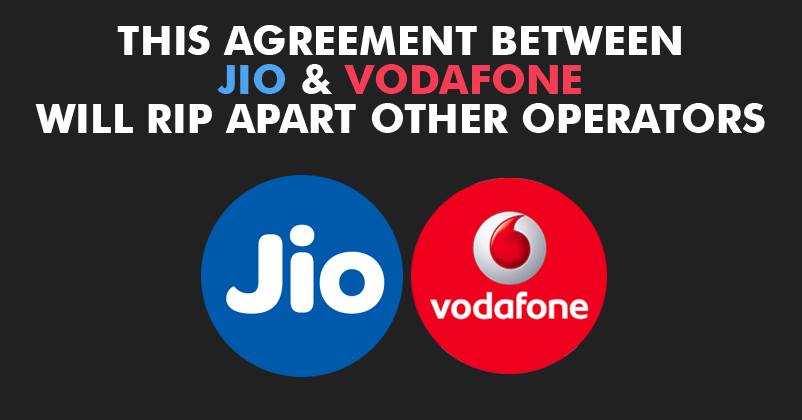 The arrival of Jio has started a fierce battle among Indian telecoms firms to win customers. The other telecom companies couldn’t simply sit and wait for Jio to take over them. With the launch of Reliance Jio, the tariff war is officially on. With telecom companies like Airtel, Vodafone, Idea and BSNL, trying their best to come up with plans and offers which can help them get their customers back. A few days ago we saw how India’s largest phone operator Bharti Airtel agreed to provide additional points of interconnection to the new 4G entrant Reliance Jio. Airtel’s move will help the newest 4G operator in serving its customers who are facing massive call drops ever since its launch. “Following guidance from Trai and clarifications from Jio regarding its commercial launch, Vodafone India has decided to increase the points of inter-connect (POIs) between the two operators by thrice and accordingly, increase the capacity to connect.”

After Idea Cellular and Airtel, Vodafone is the third incumbent operator, which has agreed to increase inter-connection points for Reliance Jio.

Jio complained that 75 out of 100 calls, almost 220 million calls were failing because the incumbents refused to provide the additional PoIs. Jio has been writing letters to the TRAI, discussing the matter of how the incumbent operators were not releasing interconnect bandwidth. The inter-connection bandwidth is required to enable mobile users to make calls to customers of other telecom networks. A mobile operator has an inter-connection usage charge for each incoming call it gets from a subscriber of another network.

So what do you think guys? If you’re a Jio or Vodafone user, then it’s a great news for you! Share this with your friends.

Virender Sehwag Slammed All Those Who Think Poverty Causes Terrorism!
Government Officer’s Hand Chopped Off For Not Signing Fake Bills