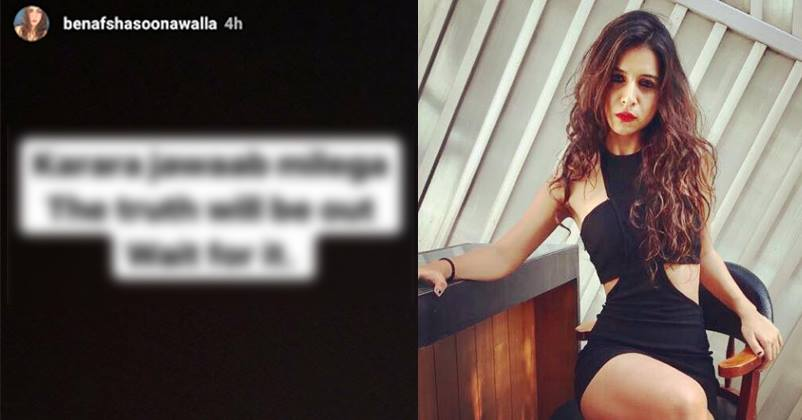 Needless to say, contestants are leaving no stone unturned to make their stay in the Bigg Boss house as long as possible; however, eviction is a harsh reality and Benafsha Soonawalla is the latest one to face it.

As we already told you that Benafsha has been ousted from the show, she appears to be quite disturbed about it.

When she was in the house, she made news for her alleged affair with co-contestant Priyank which created a stir. The duo were getting cozy and Ben asking Priyank about his feelings for her further added fuel to the fire. 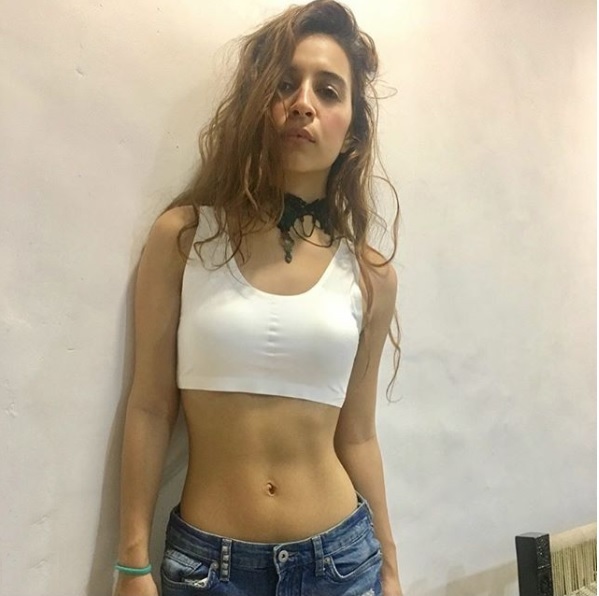 Benafsha’s boyfriend Varun Sood was also approached by media houses to comment over her closeness with Priyank. He said that he would like to talk to Benafsha first and then only take an action as he doesn’t believe in impulsive reaction.

But it was reported that Varun was disheartened with it and probably this is what has led Benafsha post a stern message on Instagram after her eviction.

Benafsha wrote, “Karara jawaab milega. The truth will be out. Wait for it.” 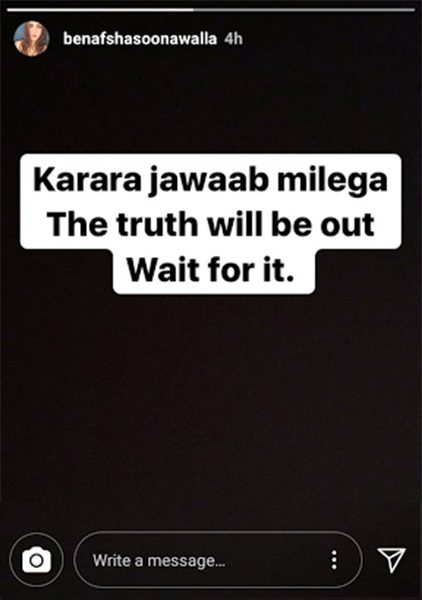 It’s not clear as to whom she targeted but the reports say that she unfollowed Priyank and Varun both. Nevertheless, few people are of the opinion that she still follows Varun.

Talking about Benafsha, she belongs to an eminent Parsi family and is concerned about her image being maligned in BB house.

What do you have to say about Benafsha’s Instagram story? Let us know your views.