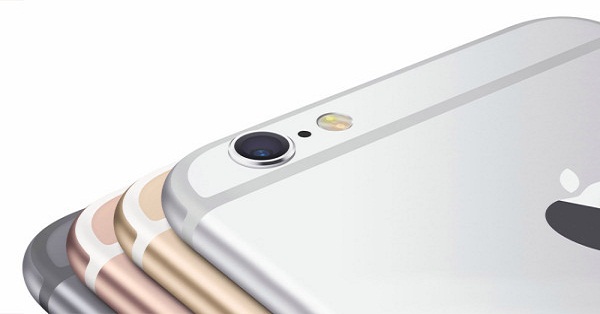 Less than 24 hours are left for the Apple’s iPhone 6s event in California where it is expected to launch iPhone 6s, iPhone 6s Plus and a bunch of new hardware and software updates. This years event invites read “Hey Siri, give us a hint” which is an innovative way of Apple giving us hint about the product launches or inclusion of Siri in the upcoming to be announced products.

Here is the realistic list of what we can expect from Apple’s iPhone 6s September 9 event.

It is highly expected that Apple will going to launch its new flagships iPhone 6s and iPhone 6s Plus at the event. While no design changes are expected but surely some under the hood improvements can be seen in demand. iPhone 6s and iPhone 6s Plus are rumored to get Apple’s new in-house A9 processor. 2GB RAM is almost a surety confirmed by many sources. On the camera end, a 12 mega-pixel camera on the rear and 5 mega-pixel camera on the front with flash is also expected. Its been long that Apple refreshed its Apple TV hardware, and it is almost sure that new Apple TV 4 will be launched at tomorrow’s event. From the various rumours which gave pretty much every information about the new hardware suggests that the new Apple TV will be much slimmer than the previous Apple TV with a completely re-designed remote. The reports say that remote will feature touch-support functionality along with Siri support with which users would be able to control the set-top-box with their voice. The remote is also highly expected to work as a Wii like motion controller for gaming purpose.

On the software front, we could get a new user interface, an App Store just for Apple TV. A bigger version of iPad, iPad Pro which was rumoured to launch this year finally get some time on stage. Apple is expected to unveil the new iPad Pro with 12.9 inches display with 2732 x 2048 resolution sporting a A9X processor. The iPad Pro which is expected to go on pre-orders in October may go to sale in November with iOS 9.1 operating system.

The new iPad Pro might be Apple’s new effort to replace personal computer that is why the iPad Pro may get an optional keyboard attachment accessory. It would lovely for iPad mini lovers as iPad mini is also expected to get to share some stage with an upgradation. It was a real pain to see the iPad mini 3 getting minimalist changes and not getting major upgrades at last launch. But this years iPad mini 4 is speculated to get slimmer design, specifications and camera upgrade akin to iPad Air 2. A new cheaper gold-plated Apple Watch is expected to get a release date and not only that, new colour options for sports band and a new metal finish for Sports model is speculated at the event. OS X El Capitan is Apple’s new OS for its computers with new features like, Metal technology for gaming purpose, Split-view feature, Photos, Spotlight enhancement and many more. Just like iOS 9 and watchOS 2 it will get a release date for public launch but it is expected that Apple might release the GM version of the OS on the day itself for developers to test their apps before the public release. So, what do you think about the Biggest and most Hyped Tech event of the year. Do let us know about it in the comment section below.

10 Things You Should Know About the iPhone 6s, iPhone 6s Plus Ahead Of Apple’s Sept 9 Event
Samsung Galaxy Note 5 Launched in India at Rs 53,900: Here Are Its Key Features