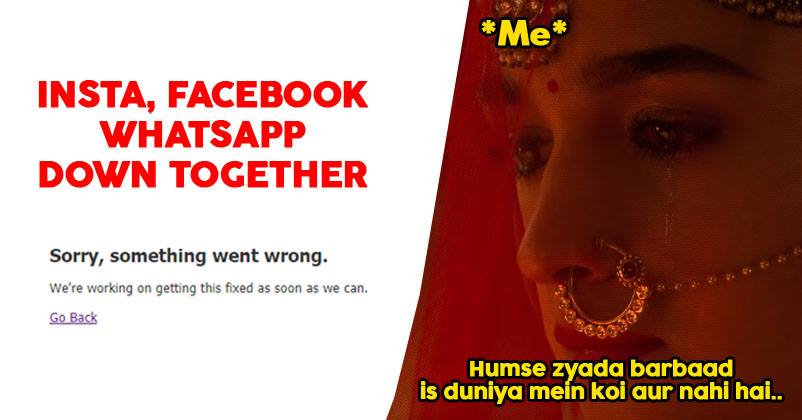 For most of us, one of the major modes of communication would be Facebook, WhatsApp and even Instagram. Can you even imagine a world without the aforementioned platforms?

Gives you shudders down your back, doesn’t it?

Yesterday, Facebook and Instagram suffered a major outage as both platforms were down for more than eight hours. For people trying to access the sites yesterday, “down for maintenance” was the message that they were greeted with. 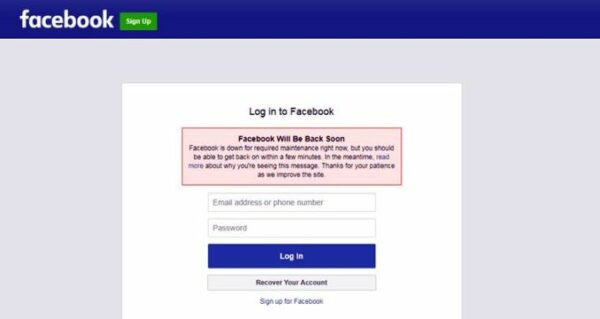 The problem persisted on Thursday morning as well. Both Facebook and Instagram took to Twitter to confirm the news and assure users that the platforms would be up and running soon.

We’re aware that some people are currently having trouble accessing the Facebook family of apps. We’re working to resolve the issue as soon as possible.

However, the exact cause of the glitch is unknown, although Facebook assured that there has been no DDoS attack, as many users predicted on social media.

Nevertheless, what was fascinating were the reactions of people on social media. From memes to jokes, our social media platforms were flooded with hilarious reactions of frustrated millennials unable to post their OOTDs on Instagram or check-ins on Facebook.

I mean, after all, there’s no point of going to a fancy place if you can’t post it on Insta or make your friends jealous on Facebook, right?

You cannot miss these hilarious reactions:

fb is back up and this is the first meme on my feed: #FacebookDown pic.twitter.com/GqH55gvtz5

(I do not own the rights to this film clip) pic.twitter.com/AyE5kAOq0Y

These are hilarious. Now that Facebook’s back, how do you feel?

An Uber Driver Used Plane Shaving Mirror For Driving. Here’s How Netizens Reacted
Man Robs Woman At ATM, But Gives Her Money Back After Seeing Her Balance.