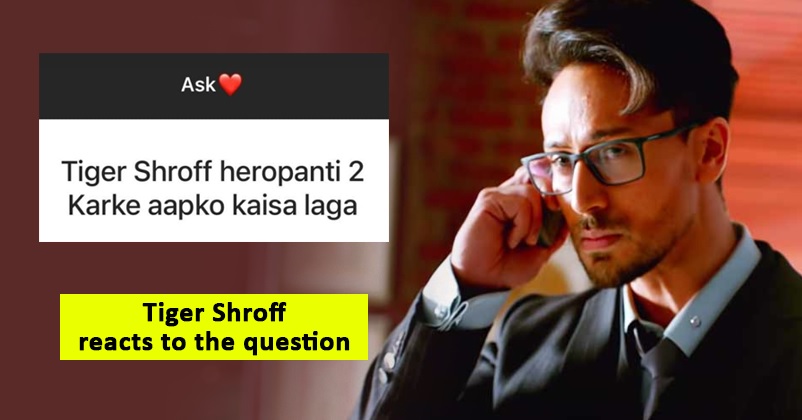 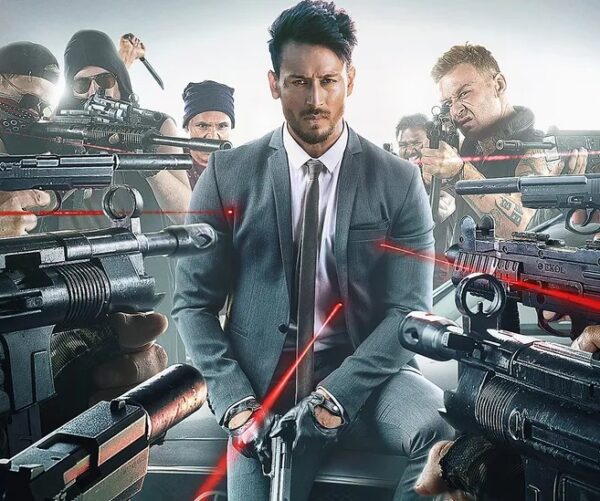 Tiger Shroff is from filmy background as his father Jackie Shroff is a very famous actor and his mother Ayesha Dutt is a producer. He made his Bollywood debut in 2014 with romantic action movie “Heropanti” in which he shared screen with Kriti Sanon and it was superhit on the box-office. Tiger Shroff has worked in quite a few hit films after that and is a heartthrob of many young girls. Though the actor was said to be in a relationship with Disha Patani, both of them never made it public and as per the recent reports, they have parted ways.

Tiger is pretty active on social media networks where he interacts with his fans at times. Recently during an interaction, a fan asked him to share his experience of working in his last release “Heropanti 2” and the response given by Tiger Shroff left everyone in splits. 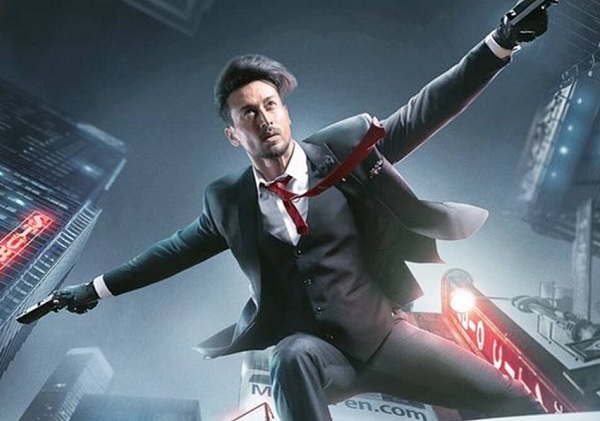 Just to inform, “Heropanti 2” got released in April 2022 and it is a sequel to the 2014 movie. Directed by Ahmed Khan, the film also starred Nawazuddin Siddiqui and Tara Sutaria in lead roles. It fell flat on the box-office and the director was slammed left and right for coming up with such a crap. 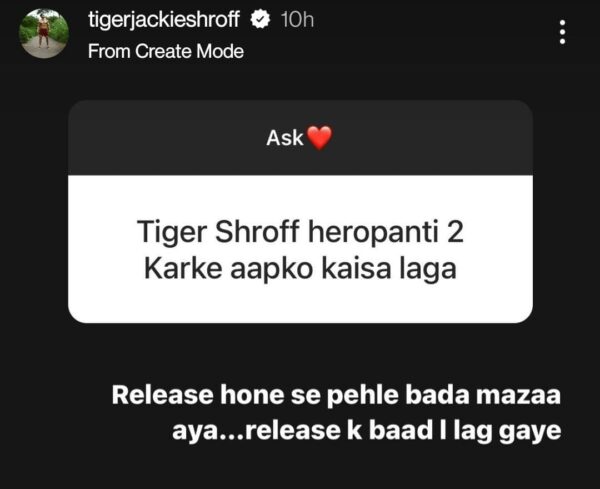 This was certainly an honest confession from the young actor who will be seen next in “Ganpath: Part 1” in which he will work with Kriti Sanon once again. His other projects include “Bade Miyan Chote Miyan” with Akshay Kumar and “Screw Dheela” which is said to be pushed forward a little due to dates issue.

The Time Bollywood Takes Only To Promote A Movie, We Make A Film In South, Says Dulquer Salmaan
“Cheap Publicity Stunt,” Fans React As Neha Welcomes Falguni On Indian Idol After War Of Words