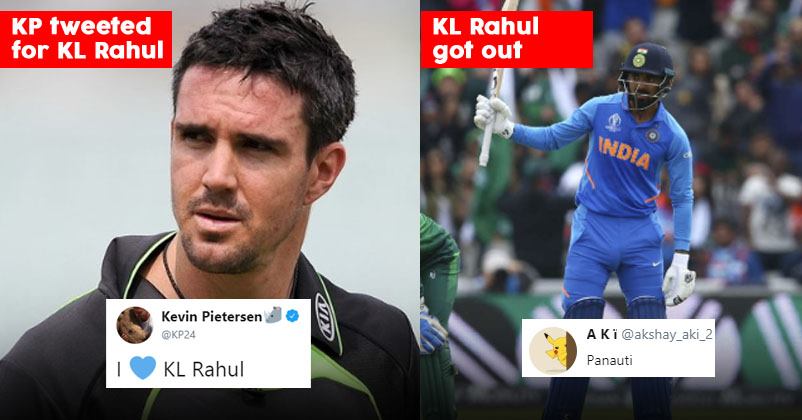 India is battling Pakistan today. Pakistan has to chase a total of 337 to win against our Men in Blue. And the match is going quite well, besides a slight interruption from the rain. Everything seems to be in our favor and our batsmen played really well, especially KL Rahul who made 57 runs. He reached his half-century with a six and a century was clearly on the cards.

Former England cricketer Kevin Pietersen took to Twitter and praised the batsman he said, “I love KL Rahul” but soon after this, he got out.

And people thought there might be a connection. People reacted, displeased by his tweet they lashed at him.

Jinx or not we expect him to ace more in the World Cup. Go Men in Blue!