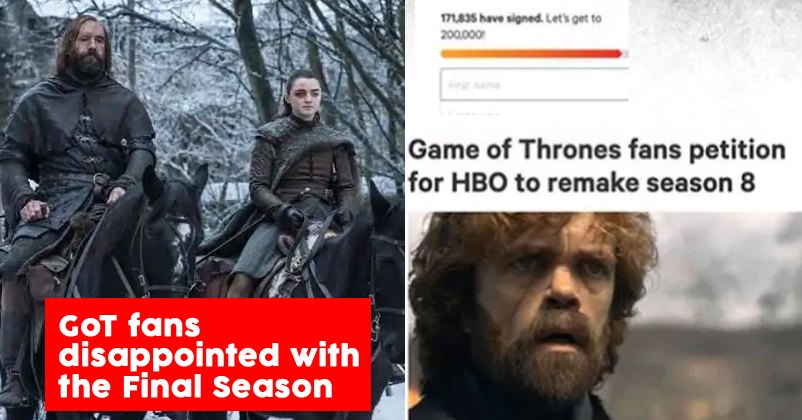 American TV series Game Of Thrones aired its fifth and second last episode of season eight this week and left its fans disappointed and furious. The ones who have been following the show since the very beginning wondered who wrote the fourth and fifth episode of the last season and skilled writers should rewrite it and both the episodes should be reshot.

The netizens were already slamming the makers D. B. Weiss and David Benioff for killing off Missandei in episode four. But the viewers could not digest the unfortunate events of the fifth episode turning Daenerys Targaryen into the Mad Queen Daenerys.

Fans have signed more than 1,70,000 petitions on Change.org to get the remake of the entire eighth season with competent writers.

The Mad Queen. What do you guys think about this?!

The petition on the website reads- “David Benioff and D.B. Weiss have proven themselves to be woefully incompetent writers when they have no source material (i.e. the books) to fall back on. The series deserves a final season that makes sense. Subvert my expectations and make it happen, HBO! However, it looks like the makers won’t be able to remake the season considering that the last one is the most expensive one.”

Continue Reading
You may also like...
Related Topics:change.org, D. B. Weiss, David Benioff, Game Of Thrones 8