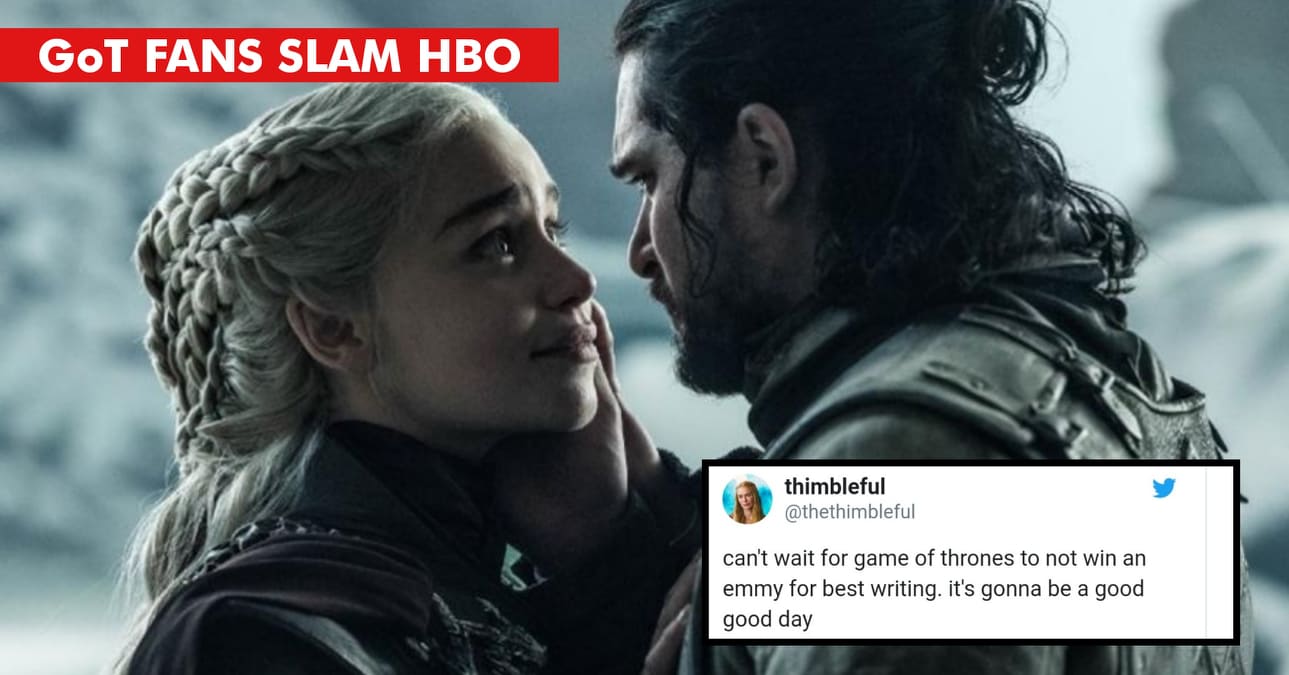 Like every other year, Emmy Award has been hosted to celebrate the best content on TV across American primetime and daytime shows. Game Of Thrones has always been a part of the nominations and winners since the award started in 2011. This year too HBO has submitted some episodes from the final season for the nominations.

Can you guess which are those episodes? Hint: One of them was the worst ending in the history of poor endings.

You got it right. The network has submitted the last episode The Iron Throne for the best-directed episode of the season, helmed by DB Weiss and David Benioff. Another episode The Long Night and The Last of the Starks are also submitted for best directing of the season. These two were directed by Miguel Sapochnik and David Nutter respectively.

To jog your memory, the last episode of the final season was ill received and it was the one which led fans to sign a petition demanding a brand new season. The fans were disappointed with Dragon Queen’s death after going rogue.

Since the news of GOT season 8, episodes submitted to the Emmy Award nominations broke, the internet is going crazy with memes and jokes. Fans are baffled over the submission and praying that the biggest disappointment in the history of shows, should not win.

The #GameofThrones team submitted their episodes for writing and directing Emmy categories and none of the ones submitted are the best one of the season. Hate to see it. pic.twitter.com/O6pWXPO64H

TFW you realize the best episode of #GameOfThrones' last season—"A Knight of the Seven Kingdoms," obviously—is submitted for neither Directing nor Writing at the #Emmys. pic.twitter.com/PpSDtxjI4q

The ballot is here, people !! #GameofThrones team already submitted their episodes for writing and directing Emmy categories, guess which episodes they put? 😩

They submitted "The Iron Throne" for Best Writing HAHAHA what a mess. #GameOfThrones #Emmys

We're all for The Longest Night and A Knight of the Seven Kingdoms being submitted as #Emmys nominations but some of the other #GameofThrones choices are worrying. https://t.co/AM4jIWNpVT

can't wait for game of thrones to not win an emmy for best writing. it's gonna be a good good day

so who thought it was a good idea for hbo to submit 8×06 of game of thrones for an emmy nomination in best writing category when this episode is of the most boring season finales to ever exist pic.twitter.com/UkI5dGFPdG