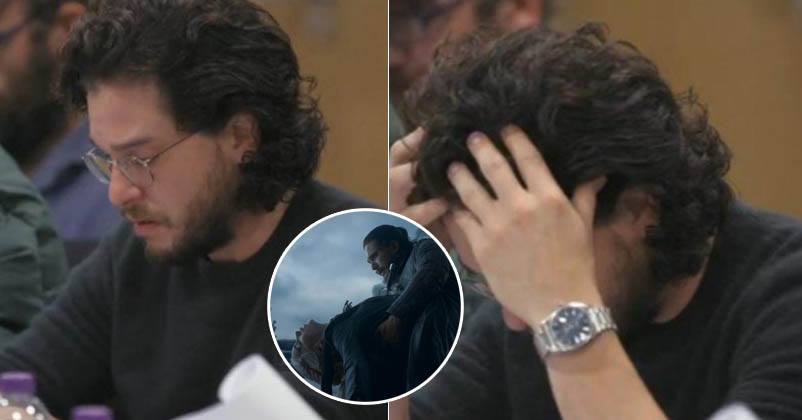 The final episode of HBO series Game Of Thrones aired almost two weeks ago but the fans are still not ready to get over it. The viewers are still in shock over the unexpected ending which left everyone disappointed. The fans were waiting to see Jon Snow take over the seven kingdoms for two years but the way the last season took turn all fan theories were proved wrong.

One of the most shocking events of the final episode was Daenerys Targaryen murder at the hands of Jon Snow (Aegon Targaryen). And it was recently revealed that the turn of events not only shocked show’s crazy fans but Jon Snow was also shaken by the climax.

The network released behind-the-scenes documentary — The Last Watch, featuring some images of Kit Harrington in absolute shock. His expressions made some people emotional while all the Indian fans couldn’t help laughing and making memes on it.

When you sent a wrong msg in family WA grp n Accidentally tapped Delete for me instead of Delete for everyone.. pic.twitter.com/GU4PrYUBM3

When you forget to write the caption https://t.co/T7OJCKst8K

Me, reading the price of coffee at Starbucks. pic.twitter.com/9iwUb5npZH

when someone ask me about my future plans. pic.twitter.com/rIJLrbTLsW

* When you thinking of a meme and but it is already appearing on your TL * pic.twitter.com/MdPMmJCD7r

When you don’t find poha on the breakfast menu pic.twitter.com/clF5Npbqf7

Well, Indians find happiness in the smallest of things and everything. Don’t we?