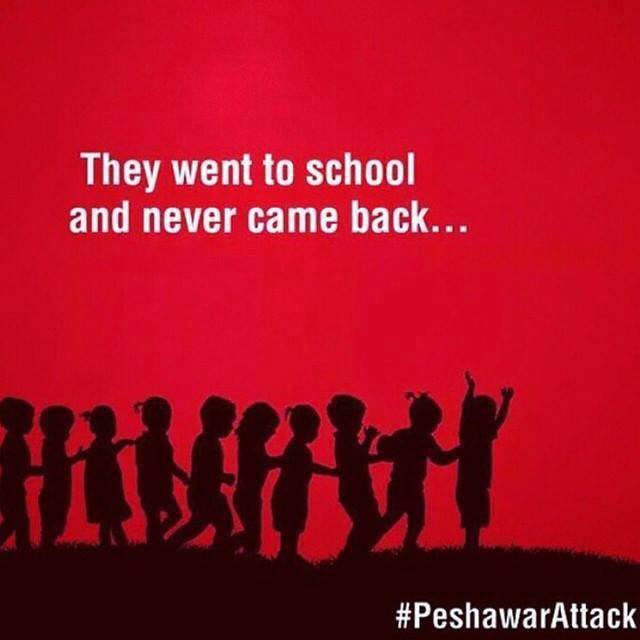 According to Ahmed, a 14 year old student, he heard a Talibani saying, “A lot of the children are under the benches, kill them.”

So this is your “Jihad”, Taliban? So Taliban, you people think that you’re serving your “Allah” by taking the lives of 130 kids who did nothing to you? So are you Talibans happy now by snatching the smile of 100s of people? You did all this just to take revenge against the Pakistani army? The tears of the parents are because of you. A billion hearts curse you. The bond between ISI and Taliban are well known and the bond between ISI and Pakistani army are well known also. So there’s a big fault of ISI also, ain’t I right?

See this heart touching video to know how it felt when kid doesn’t return back home?

I wanna ask our Muslim brothers and sisters, did this Taliban act justify the meaning of “Jihad”?