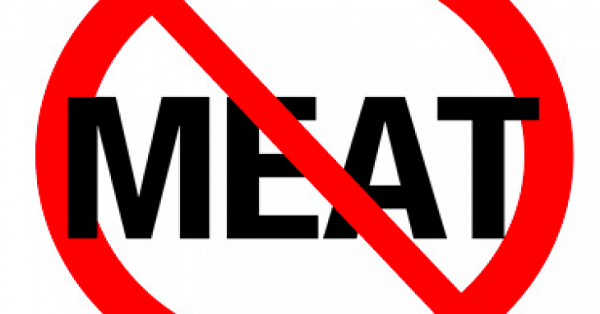 Meat Ban, a discussion taking place everywhere, from meeting room to national televisions, talking about the reasons behind it, its feasibility and if it really required. Belonging to the Jain Community, a youth finally decided to enlighten the fellow Indians with his perspective on the Meat Ban. From where it started? Why it is done? Did Jain as a community really asked for it? Is it the first time ever something like this has happened? Will people really not eat meat during this ban?

Is the Meat Ban right according to this Jain individual? Should it be there or not? What made him write this open letter to the Prime Minister, Narendra Modi and all the citizens of the Nation?

Find all the answers in this letter

I know many of you are very angry these days as we Jains are supposed to have taken your rights to eat meat. We intolerant bunch of goons have reportedly taken away your personal liberty. We are the Taliban, if some liberal activists are to be believed.

All these become easy for you to believe because these activists are in media and they control what you read in the newspapers or hear on TV. It also becomes easy for you to think they are telling the truth because the current ruling party, the BJP, has a national president who is Jain by religion.

Today, the media claimed that Haryana, another BJP ruled state, too had banned meat. Whereas the truth was that it had just appealed some slaughter houses to remain closed for Paryushan Parva, our festival of self purification. An appeal was presented as a ban to you!

And this has led people to believe that Jains are asking for such bans. I say this because I have been subjected to such taunts and abuse on Twitter. People have mocked my faith, my customs, and some even threatened to throw meats loaves in my house in protest.

And I wonder why so much hate! Because I didn’t even ask for this ban!

The media never cared to tell you but I hope you know the truth that this ban has existed for decades. And no, it is not a ban on you eating any meat – you are still free to do that – but a ban on slaughter houses for a few days and a ban on sale of meat in some selected regions of India. In fact, in states like Rajasthan, the duration of this annual ban has actually been reduced this year when compared with the duration during the Congress rule.

Yes, you are going to tell me that it doesn’t justify the ban just because it existed for all these years. I am not even telling you that. But just take a chill pill for a moment, and think – if this ban existed for so many decades, why did you not hear any outrage or protest over this all these years?

Have you not become pawn in the politics of some selected parties? Congress was the party that introduced such bans in many areas and now they are protesting against the same. Shiv Sena too was a party to the decision by virtue of controlling local bodies, and even they are now protesting.

Do you seriously not see the politics here? And this politics is being helped by those in the media who wear the mask of neutrality and intellectualism.

All these decades nobody had a problem as they thought it was not a big deal if the slaughter houses remain closed for a few days in a year, that too in some areas where Jain population reside. It was about giving up limited personal liberty on select days to show respect to fellow Indians. Even courts upheld this view.

Don’t we give up our personal liberties on 3 national holidays? They are dry days and we can’t buy liquor. Technically that is also ban, and that is nationwide. This meat ban is not nationwide.

Nearly all leading restaurants and meat shops offer only halaal meat in order to respect Muslim sentiments. Will it not be unreasonable if Hindus start demanding jhatka meat just to insist on personal choice and liberty? Hindus don’t insist on that because they have “adjusted” to accommodate fellow Indians.

But now it looks like my country is all set to demand individual liberties.

And it’s not a bad thing. We as a society have to evolve.

Ever since Narendra Modi became the Prime Minister of India, many people have evolved and started growing up (by their own admission). Our stand up comedians have evolved – they don’t make the same jokes. Our journalists have evolved – they have now started seeing things (like this meat ban) that they were blind to all these years.

Keeping this in mind, I appeal to Prime Minister Narendra Modi to lift this meat ban as it is hurting the sentiments of Indians who are evolving very fast. Sentiments of Jains will be taken care of by those who care and those who can adjust a little.

We Jains might appeal to people in our localities to close meat shops for a few days and if they do that voluntarily, we will be happy that they care for us. But please don’t enforce anything.

I can’t take any more hate due to my surname.

What is your take on this Meat Ban? Do you think this issue raised out of proportion? Do you support this individual or not?
Let us know in the comments below.