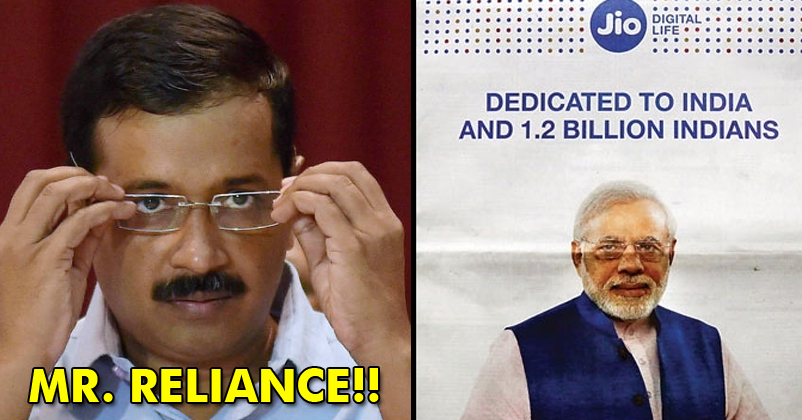 When people saw Modi’s face in the Jio advertisement in the newspapers, most of them were quick enough to jump to the conclusions that Modi-Ambani have join hands. This partnership has many political motives behind it.

Modi’s picture has created a lot of speculations and it managed to grab a lot of eyebrows. But now Reliance chairman, Mr. Mukesh Ambani has come forward to answer the biggest question, is Reliance endorsing Modi’s government? Here’s what Ambani said, “The Prime Minister has given a Digital India vision which I am personally inspired by. We are dedicating our service to the vision of India’s leader, to India and 1.2 billion Indians and there’s nothing political about this.”

Narendra Modi’s picture in the Jio advertisements sparked a lot of controversies, the political parties didn’t miss the occasion to take a dig at Modi and Ambani. Delhi Chief Minister Arvind Kejriwal dubbed this as an alliance between Ambani and Modi, he even accused Modi of endorsing Reliance Jio. He dubbed Modi as “Mr Reliance”.

Reliance JIO has requested for interconnecting points which would help them establish better network connection all over India. The Cellular Operators Association of India (COAI) has wrote a letter to Prime Minister’s Office stating that they are “not obliged to entertain interconnect requests” that are “anti-competitive”. COAI further said,

They (operators) wish to politely clarify that they are in no position, by way of network resources, or financial resources, to terminate volumes of traffic which are markedly asymmetric. Neither are they obliged to entertain interconnect requests which are derived from abnormal induced traffic patterns that game the IUC regime and are anti-competitive.”

So what do you think about Modi being featured in the Jio ad? Is it fair that the PM of India being featured on a private company’s promotional ad? Share your views and opinions in the comments.