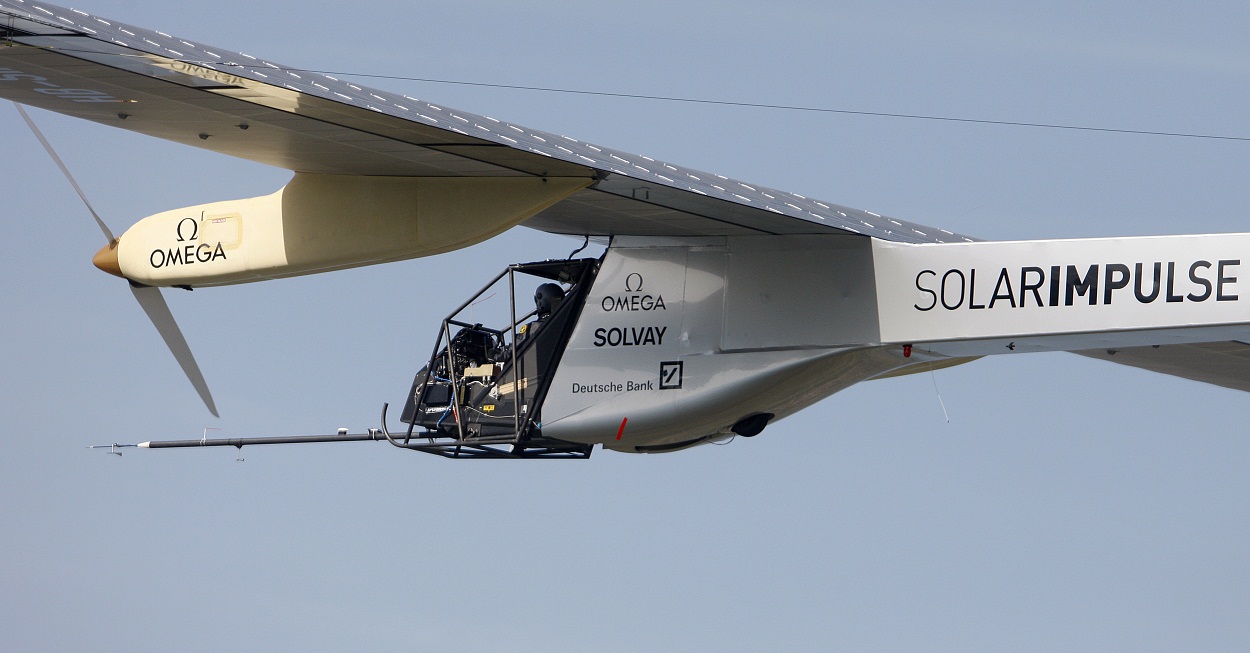 In the first attempt to fly around the globe without a fuel drop, On Monday, two Swiss pilots from Abu Dhabi (United Arab Emirates) flew  to Oman in a solar-powered air-craft ,  this is the first leg of a Great effort put by Solar Impulse Team to complete the very first solar flight to make a round about the world.

Solar Impulse 2 consists of two Pilots, they are the biggest driving force of this Solar Powered- Aircraft The ultralight air-craft, the Solar Impulse 2, amounts 17,000+ solar cells on top of its 236-foot wings (approximately 71.9328 meters). Its Wings are larger than Boeing 747, whereas it weighs almost the weight of a car at around 2,300 kgs (approximately 5070.63 pounds). It also consists 4 Lithium-Polymer Batteries which store the energy during the day-time and it will power the air-craft at night-time. The First solar plane that is Solar Impulse 1 successfully crossed the United States America (USA). The two pilots of this Solar Impulse 2, Bertrand Piccard and Andre Borschberg, will fly across the glode over next 5 months Time.  Top speed of this Solar-powered air craft is 43 miles per hour, so the Journey to cover the Globe is going to be a slow journey. The Journey is divided into 12 Legs as Follows: There are some Legs of the Journey of this Solar Impulse-2 such as to fly over the Pacific Ocean and Atlantic ocean which will take five to six straight days of flying  in the air.