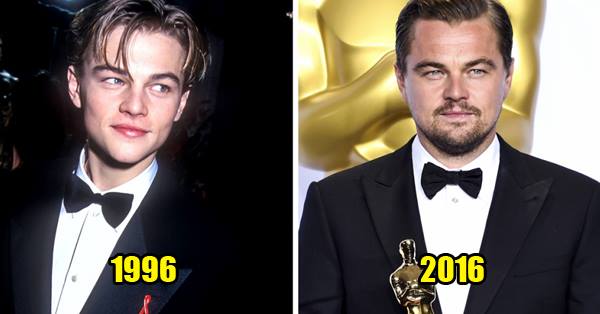 As you all know that finally Leonardo DiCaprio has received his most awaited golden statuette at Academy Awards this year. He definitely deserved it.
However, even though there was lot of hype surrounding his win, this post is dedicated not only to him, but even to other Oscar winners. We have brought for you some images to check how great actresses and actors looked during their 1st appearance at Oscars and how they looked now at The Academy Awards. Obviously there is lot of increase in their beauty! Check it out. Leo! He looked this way in 1996 and now when he got the award, he looks this way! So how did you find these pics? Interesting, aren’t they?

“We Don’t Want Freedom From India, We Want Freedom In India” Kanhaiya Kumar
10 Text Messages Every Girl Desire Their Boyfriend Would Send Them