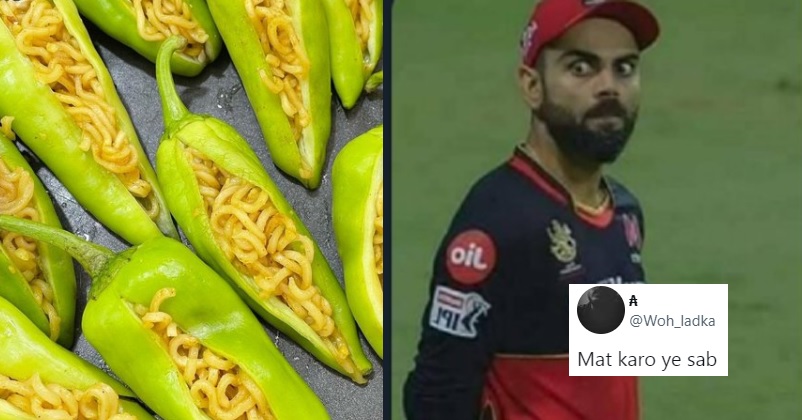 Maggi is undoubtedly one of the most loved snacks of Indians and it won’t be wrong to say that for some of us, it is an integral part of our lives. Maggi is not just delicious but it is pretty easy to cook and doesn’t take much time as well. Besides, what makes it more desirable is the fact that it is pretty reasonable in terms of price as well.

While some people like to have Maggi which is cooked in simple manner, few others like to enjoy it with veggies and several individuals try to do experimentation with it. We have seen people making laddoos from Maggi, sweet Maggi with milk, Maggi milkshake, orange Maggi, etc. and there are some who have used Maggi in combination with other things such as Makke ki roti with Maggi, Golgappa Maggi and so on. However, now a person has come up with a new dish known as Bharva Maggi mirch. 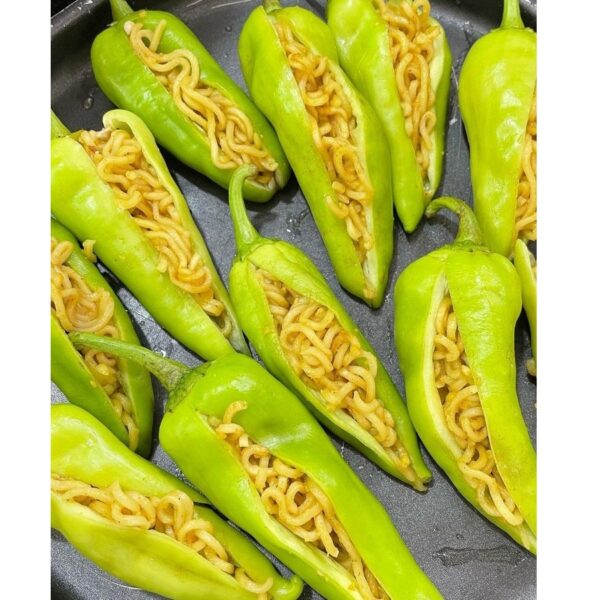 In this dish, Maggi is stuffed in the chillis which are used for making pickle and many Maggi lovers have gone mad after seeing it. While some want the person who cooked this dish to be sent to prison immediately, few others on the contrary opine that this dish could actually taste delicious.

I know people will throw chappals at me for this, but I think this might actually taste ok with a few changes, roast the mirch, add some grated cheese, sliced green onions & chilli flakes on the Maggi & bake it for few mins. till browned & gooey. Serve with spicy ketchup.😬😬

Enough! Time to have an Indian Penal Code separately drafted only to penalize such ghastly acts of inhumanity.