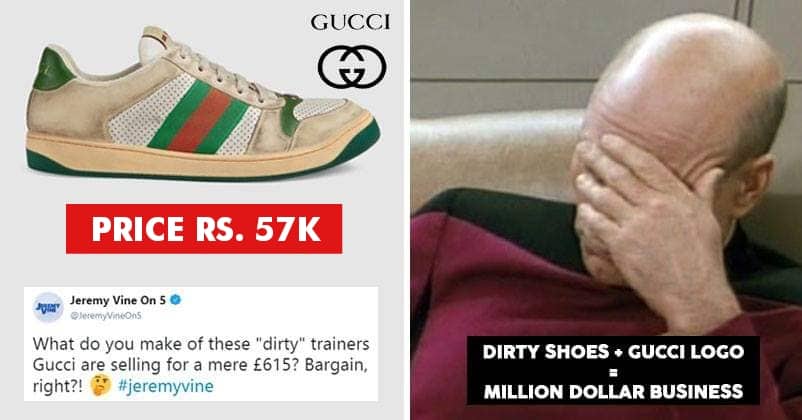 There is no denying the fact that we should spend money wisely even if we are ultra rich but what type of person will like to buy a product which comes under the luxury tag, cost a whopping amount but looks used and very old?

Well, Gucci has come up with a pair of shoes ‘screener leather sneaker’ which has been greatly influenced by the classic trainers of the 70s with the vintage Gucci logo and there is a distressed effect all around the shoes. 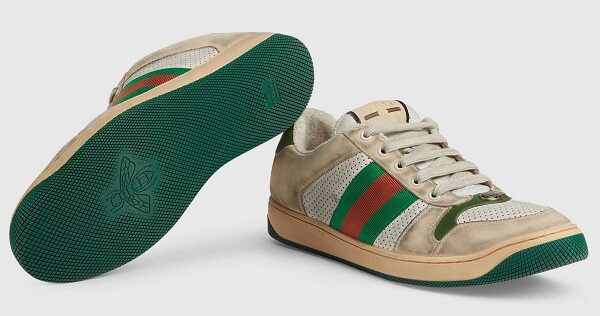 In simple words, the shoes are of design which people used in the older times and they don’t even look new as they have been specially treated for getting a distressed effect. 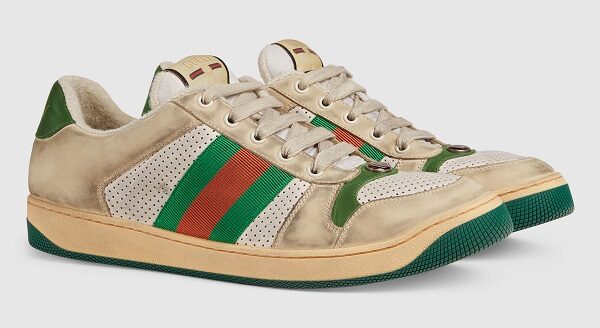 What may surprise you is that they have been priced at whopping £615. 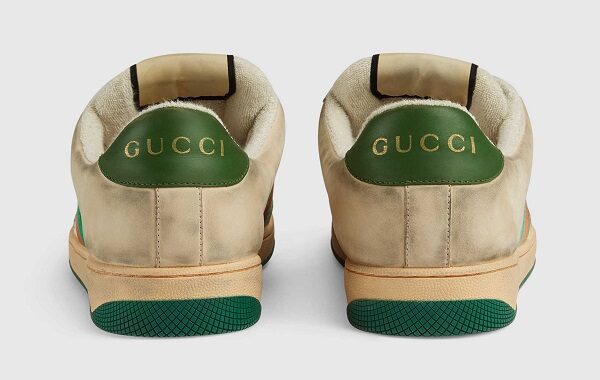 Yes you read it right! £615 which comes to approximately Rs. 57,000 in Indian currency is the price that you have to pay if you want to buy for these shoes. 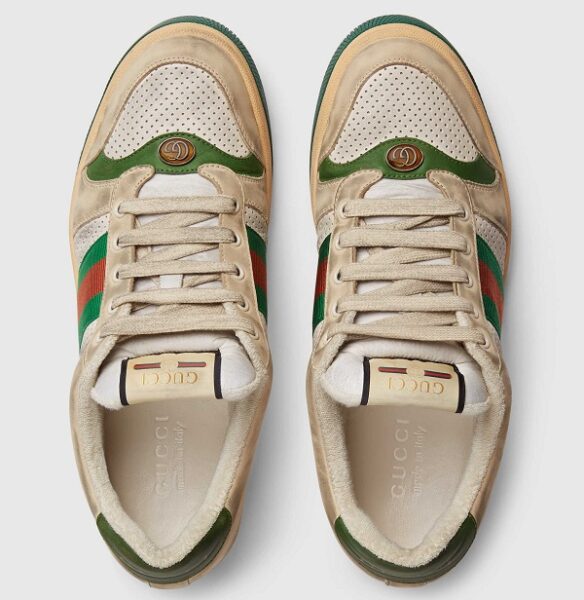 However, the big question that arises in many people’s minds is why someone will buy such dirty shoes and that too, by paying an exorbitant price!

This is how social media users reacted to it:

What do you make of these "dirty" trainers Gucci are selling for a mere £615? Bargain, right?! 🤔 #jeremyvine pic.twitter.com/ONqNUxgl7T

I’m sure these fashion designers do ridiculously styled things for publicity. Anyone stupid enough to buy them needs to seek out a good Psychologist.

I've said it before and I'll say it again, some folk have more brass than sense!

If these were purchased from Aldi, they’d be tacky but of course because they have a Gucci logo on them they’ll be called ‘fashionable’ they are horrible.

Are you sure this isn't a social experiment for the "new" money witless spenders? What's next, ready worn knickers, used toothbrushes? As long as they have that all important label!

Anybody who gets gucci stuff have way to much money and not one ounce of dress sense.. @FloydMayweather is the king at this. 😂

Look ready to be thrown out!

Only the well off/rich are daft enough to buy these!! As the saying goes "a fool and his money are soon parted"!!!

As bad as their quartz watches that cost around £850. Are these flavoured with ammonia to replicate the smell of old trainers?

Do let us know what you think of these shoes and if you are going to buy them, please enlighten us with your reason for purchase.

Amul Gave The Perfect Tribute To Ranveer Singh And Alia Bhatt’s Gully Boy. Netizens Are Impressed.
Missing Rola Cola Candies From The 90s? This Surprise From Parle Will Make You Super Happy.