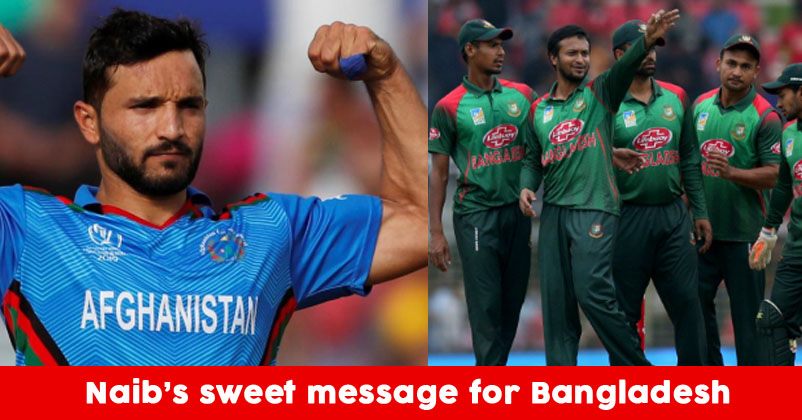 Who can forget India vs Afghanistan’s match that took place recently, India won by 11 runs but Afghanistan gave a really tough fight to our Men in Blue. The Afghans were absolutely excellent in their play against India and lost the game by a very thin margin. Though they were defeated, their confidence would be high after the stellar show while facing Virat Kohli’s men.

In the meantime, ahead of Afghanistan’s next match with Bangladesh’s team, the skipper of Afghan team Gulbadin Naib had some cheeky words for the Tigers. “Hum to dube hai sanam, tumko lekar dubenge (We are already drowning darling, but we’ll take you with us),” Naib said in the pre-match press conference.

The 28-year-old has been impressive in the tournament. After a few poor shows, he promoted himself up to the batting order and the decision was in his favor. Afghanistan and Bangladesh have faced each other only seven times in the ODI format. Their first match goes way back to March 2014 during the Asia Cup. Bangladesh has a 4-3 lead over its opponent Afghanistan.

With India’s Cricket Team, Even Dabur Is On A Roll With These Hilarous Videos
Rohit Sharma Trolled For Sharing 2013 Champions Trophy Photo And Using Hashtag 2017