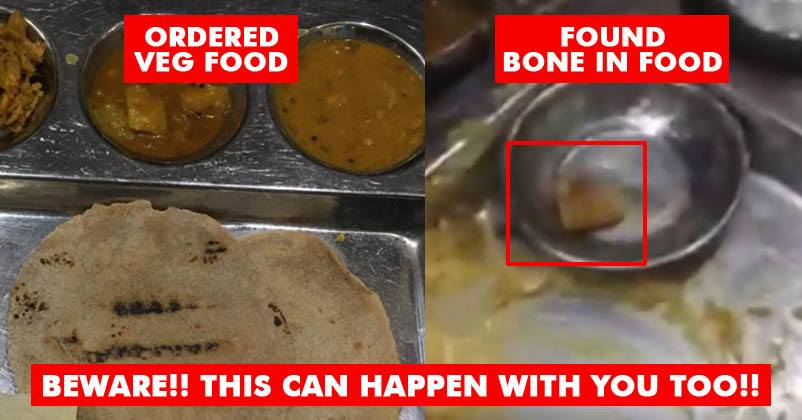 In our country, we’ve options to eat both kinds of food in restaurants. The rule book says, that the menu should properly announce the kind of serving a restaurant gives. We are all aware of the significance of red and green dot in the menu and on the packaging of food products.

If there is a red sign, it means it’s made of non-veg ingredients and if it’s green, it means veg. This practice is done so that a person can determine the kind of food, before buying.

A Facebook user Jay Paudyal reported similar case recently to the Delhi Police & Food and Drug Department and broadcasted it through Facebook live all over.

Jay Paudyal had gone to a Delhi’s Andhra Bhawan based famous restaurant along with his friends to enjoy their favourite South Indian Food. Not in his worst nightmare he would’ve thought that the restaurant will serve them a “bone” in the veg food.

They visited the restaurant, took selfies with food and shared on FB without knowing it had non veg ingredients. 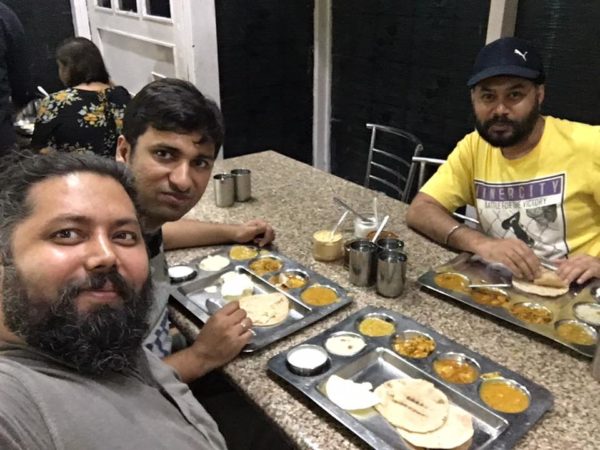 Just when they were ending up their meal, a bone was found in the dish which made all of them go crazy and caused vomiting to one of his friends. 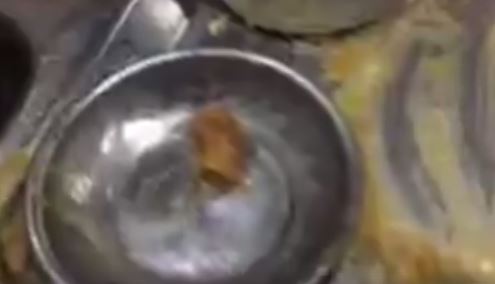 In the live video, he reported the whole case in front of the public and also showed the police came at the restaurant to note the case. A case under section 295 A has been filed against the restaurant.

Did that ever happen to you? So, next time it happens, you know what you need to do.