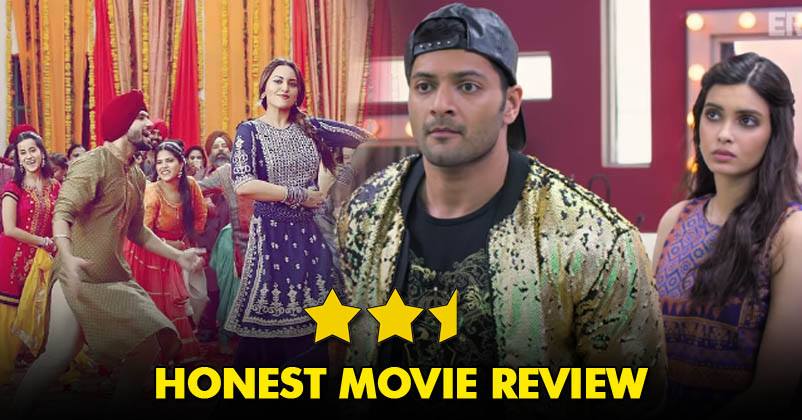 “Happy Bhag Jayegi” that was released in 2016 succeeded in impressing audience, thanks to brilliant comedy, powerful performances and a good storyline. It’s quite natural that when a movie attains success, audience has high expectations from its sequel and the same was with “Happy Phirr Bhag Jayegi”.

Directed by Mudassar Aziz, the sequel released today and unfortunately it couldn’t live up to the expectations of people, however it didn’t disappoint either. The movie stars Sonakshi Sinha, Diana Penty, Jimmy Sheirgill, Ali Fazal and Piyush Mishra in important roles. There are two Happy’s this time and it is what created confusion that further resulted in laughter. 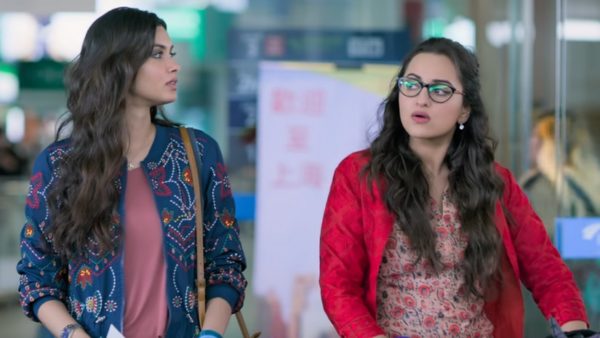 Sonakshi Sinha (Harpreet Kaur or Happy) is a Horticulture professor who comes to Shanghai, China, for delivering a lecture while at the same time, Diana Penty (Happy from the first movie) also arrives here with Ali Fazal who has played the character of her husband Guddu in the film. A gang of bad guys come for kidnapping Diana and Ali but by mistake, they kidnap Sonakshi while people from the college take Diana and Ali with them for the lecture. How their fates turn and the confusion of the name creates hilarious twists are shown in the light-hearted comedy movie further.

The film gets even more interesting with the entry of Jimmy Sheirgill (Daman Singh Bhagga) and Piyush Mishra (Usman Afridi) who are also kidnapped for identifying the real Happy. Later we are also introduced to Jassi Gill (Khushwant Singh Gill) as the story unfolds amidst comic twists and turns.

Talking about the direction, Mudassar Aziz has done an average job. There are some places where he has excelled as a director but at some places, he missed it too. As far as music and songs are concerned, they appear to be unnecessary and failed to create a charm on viewers. 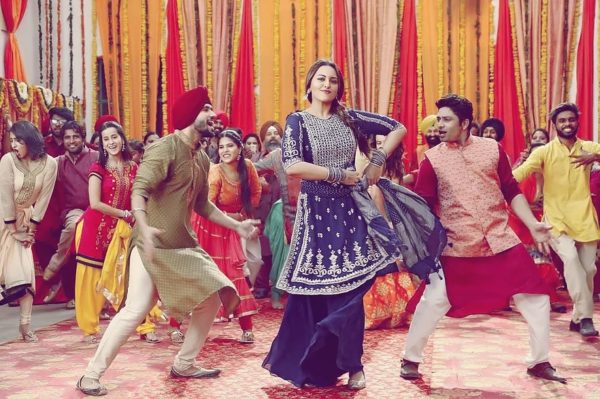 It was a tough job for Sonakshi to make her identity visible as another Happy in view of the fact that Diana is still there as the original Happy and we must say that Sonakshi succeeded in that. Jimmy Sheirgill and Piyush Mishra have emerged as star actors and left audience awestruck with amazing performances. Other actors have also done a considerably good job and there are hardly any major flaw when it comes to acting.

The second half of “Happy Phirr Bhag Jayegi” could have been better but overall, it’s a good and entertaining movie to watch with your entire family!