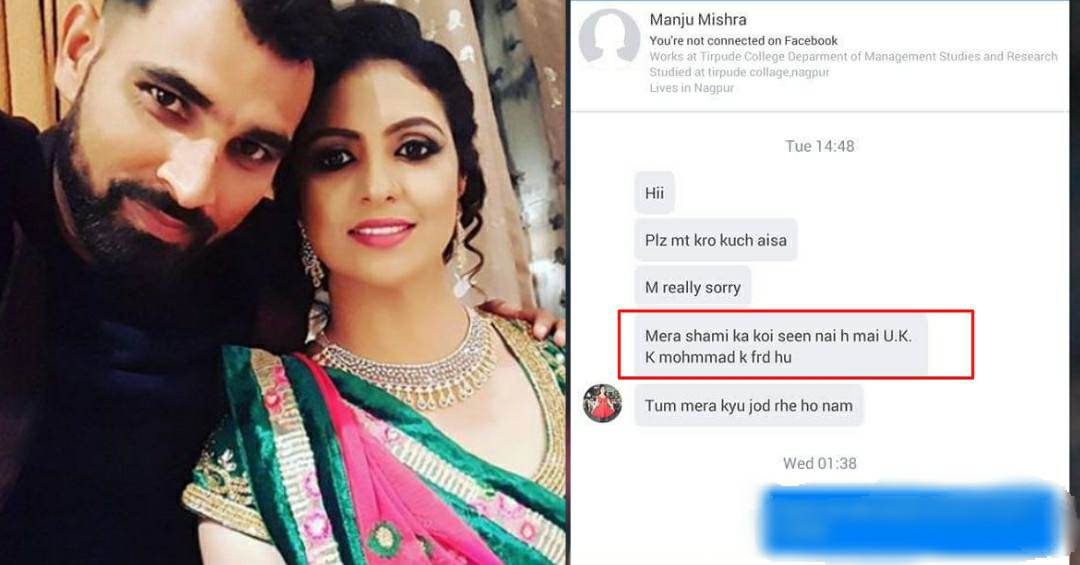 The controversy related to Indian cricketer Mohammad Shami and his wife Hasin Jahan doesn’t seem to end soon as Hasin has once again uploaded a couple of chat screenshots that may increase Shami’s problems further.

Hasin alleged that Shami has multiple affairs and a couple of days ago, she posted chat screenshot of Shami and a girl whose name is most probably Akansha.

This time she has posted two chat screenshots in which she can be seen chatting with a woman named Manju Mishra and as per Hasin, Manju also had an affair with Shami.

Check out the screenshots: 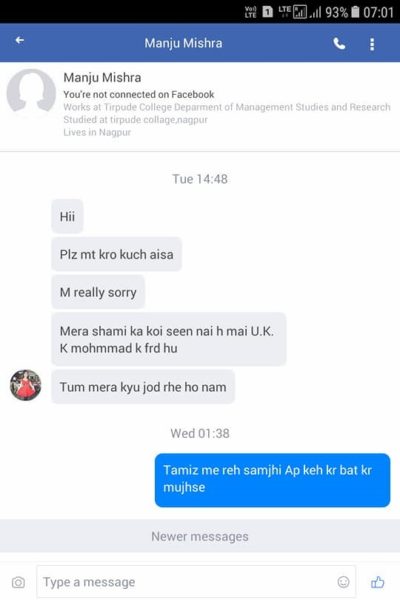 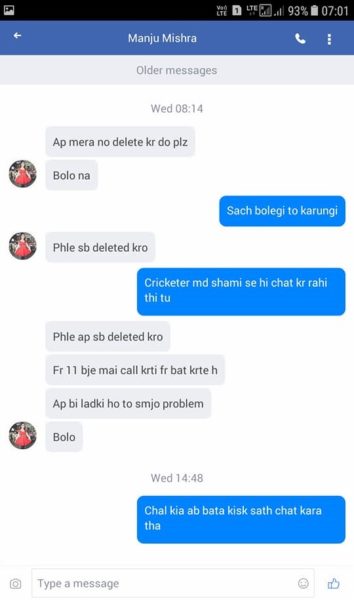 However, she didn’t share any pic of the girl.

Apart from multiple affairs, Hasin also said that Shami tried to kill her. She filed complaint against Shami and other four persons of his family.

Hasin has been asking Shami to accept his mistakes but he has been denying these allegations. He also claims that this is a conspiracy against him for maligning his image and destroying his career.

9th Class Girl Committed Suicide & Left A Note, I Am Failure, I Hate Myself
Major Twist In Shami-Hasin Controversy. Shami Gave It Back To Hasin With The Biggest Proof