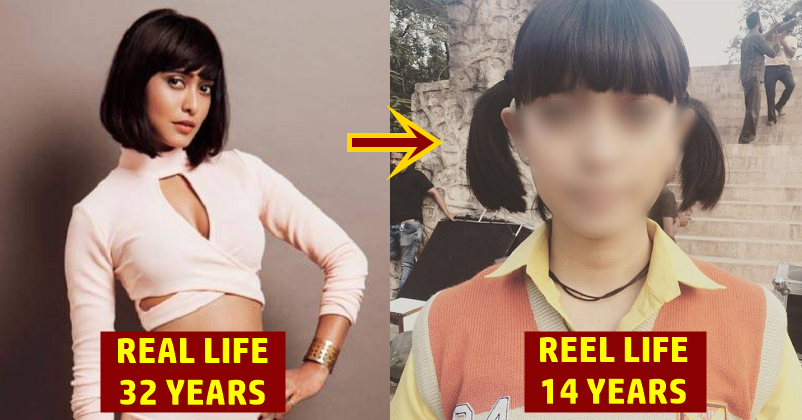 Sayani Gupta surprised us all with her strong performance in Jolly LLB 2. The role was small but it was memorable and she played it with perfection.

However, her best is yet to come as you will see her playing the character of a 14-year-old girl in Jagga Jasoos.

Checkout her first look from Jagga Jasoos and share your reaction with us. Now, see the drastic transformation in this collage! Talking with Indian Express about her transformation for Jagga Jasoos, Sayani Gupta said-

“I remember I had cut my hair and went for the audition and dada was quite surprised because actors don’t do these things before they have gotten the part. And once I went on set on the first day of shoot, and we were deciding the look for the character, I insisted that I should cut my hair in this little bob. Ajay, Ranbir’s hair stylist, was all excited to chop my locks, but Dada wasn’t convinced at first but I had the look so vivid in my mind, that after a while with Ranbir’s help, I finally managed to convince dada. He was super happy with the look. And then I just got stuck in this short hair look for over two years now. And I love it.” Hats off to this amazing transformation; Sayani has really worked hard on her look and she deserves an applaud.

Jagga Jasoos starring Ranbir Kapoor & Katrina Kaif in lead roles was initially slated to release in 2015 but it was delayed innumerable times. The reason was stated that Director Anurag Basu wanted to reshoot some portions.

Now that the promotional material of film has started coming out and being liked for its uniqueness, we can say the delay was worth it.

This Trailer Video Which Shows Dhoni As Baahubali Is Fantastic! Goosebumps Guaranteed!
KRK Takes A U-Turn! Apologizes To SS Rajamouli For Giving Bad Review To Baahubali 2!