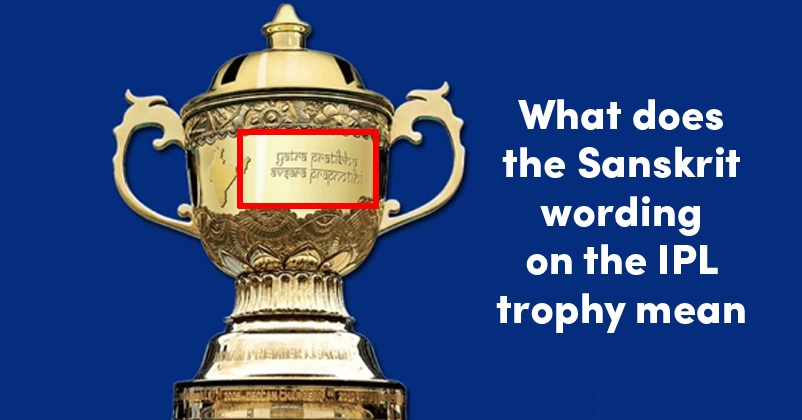 The IPL 2020 is going to start within few days and once again 8 teams will be fighting for the ultimate prize – the IPL trophy. This is the second time that the league is getting organized outside India; first time in 2009, it was organized in South Africa while this year, it is being hosted in UAE. Earlier the IPL 2020 was supposed to start from March 29 but it was postponed by the BCCI due to the coronavirus pandemic. It will be a TV-only tournament as no spectators will be allowed inside the stadium in view of the fact that it may increase the chances of disease getting spread more.

The IPL trophy is awarded to the team which wins the final and it is being kept with the franchise for one year till the start of the next season. Have you ever noticed that the trophy has something written in Sanskrit? Well, some of you might even have done so did you get the answer? 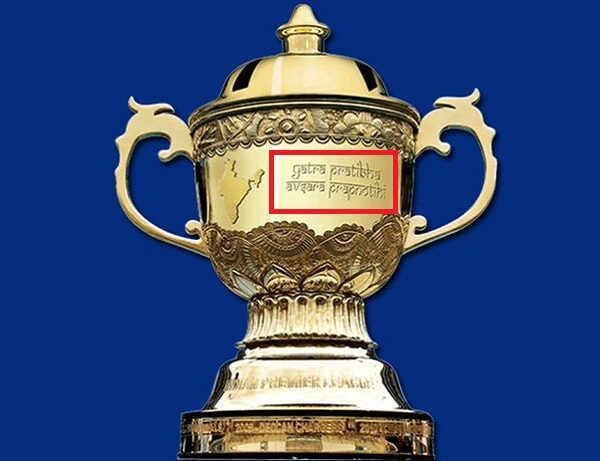 The phrase which is written in the IPL trophy in Sanskrit is, “Yatra Pratibha Avsara Prapnotihi” and while everybody can see it, very few might be knowing its meaning as not many people know Sanskrit. Recently a netizen with the Twitter handle @SchoolVedic revealed what the beautiful phrase means.

The Twitter user wrote, “Not many of us know, motto of IPL is in Sanskrit; same is inscribed on IPL trophy as well. #IPL. It is “Yatra Pratibha Avsara Prapnotihi”, means “Where talent meets opportunity”. Hindi – “जहां प्रतिभा अवसर प्राप्त करती है”.”

Not many of us know, motto of IPL is in Sanskrit; same is inscribed on IPL trophy as well. #IPL 🏆
It is "Yatra Pratibha Avsara Prapnotihi", means "Where talent meets opportunity". Hindi – जहां प्रतिभा अवसर प्राप्त करती है । pic.twitter.com/nmuggi6ZlG

This phrase is certainly perfect for the league as many youngsters get the chance to learn a lot from their seniors. Not just this, IPL also provides them with a big platform to showcase their talent and grow in terms of career. Many Indian cricketers have been able to make their place in the national squad after performing well in the IPL such as Rishabh Pant, Jasprit Bumrah, Yuzvendra Chahal, Hardik Pandya, etc.

Well, it will be interesting to see which team will take this IPL trophy home this year. Any guesses?