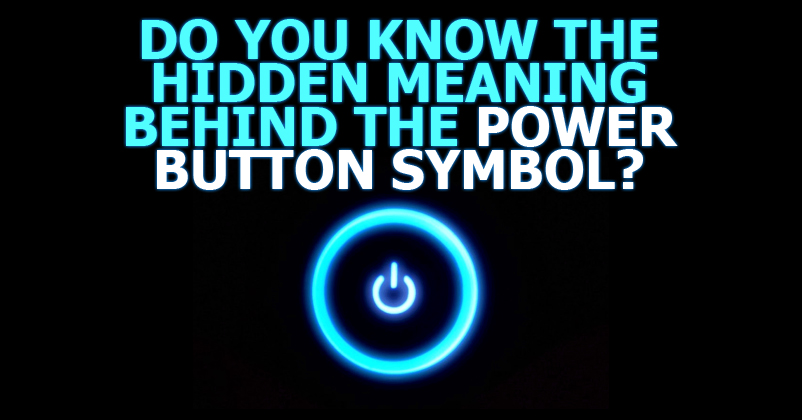 Here’s the hidden meaning behind the Power button symbol:

All the power buttons are described in the International Electrotechnical Commission (IEC) 60417 standard. According to Wikipedia, universal numeric symbols 1 and 0 are used to bypass language barriers and these numeric standards are still used on toggle power switches. The power symbol came from, 0 (circle) which indicates power is Off and 1 (vertical line) stands for power On. In order to create a single symbol for both power On/Off,  “0” and “1” symbols i.e circle and vertical line were merged and super-imposed on each other. This superimposed symbol is used presently and is recognized universally as the power button. Here’s What Actually Happens When You Press ‘Refresh’ Button in Windows.!!
This New Feature Of WhatsApp Will Help Couples Get More Romantic Easily