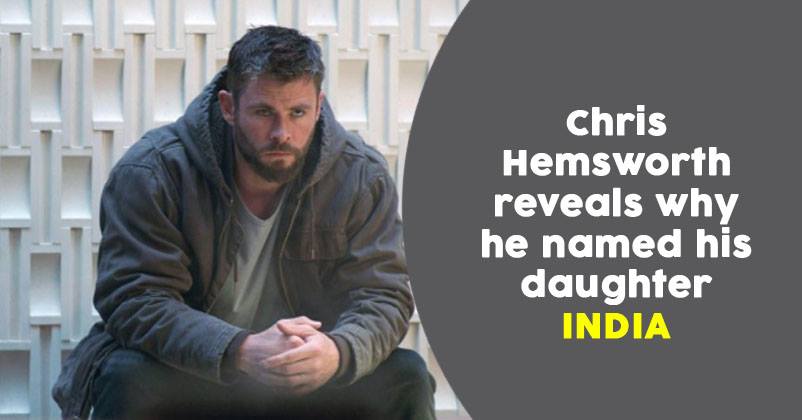 Hollywood star Chris Hemsworth, popularly known as his on-screen character Thor, was recently in India shooting for a Netflix project Dhaka. Time and again he has accepted that he loves India very much and is very fascinated by its diversity. But do you know that he is so inspired by our country that he named his daughter India?

Yes, you read it right. Chris and his wife Elsa Pataky hit the headlines in 2012 for naming their first born baby girl India. Recently he revealed the reason behind the name of his daughter.

He said that his wife Elsa spent a lot of time in India which is the origin of the name. He further added that he loves this country and the people and it is intimidating as well as exciting to see so many people.

Sharing his shooting experience he said that when the director used to say “cut“, there would be loud cheer. They all felt like rock stars in a stadium. He told that warmth and support of the people here felt so good.

Do you know who else named his daughter India? Former South African cricketer Jonty Rhodes. Rhodes became a proud father of a baby girl in 2015 and totally in awe of the rich culture and geographical diversity of the country, named her India Rhodes.

He says, “It is a very spiritual country, very forward-thinking nation. I really like that combination. You have to have a good balance in life. With the name like India, she will have the best of both worlds and that sort of balance.”

Proud to be Indian. Aren’t you now?

After Big B, Adnan Sami’s Account Gets Hacked By The Same Turkish Hackers
KGF Star Yash Lands Into Controversy For Threatening His Landlord