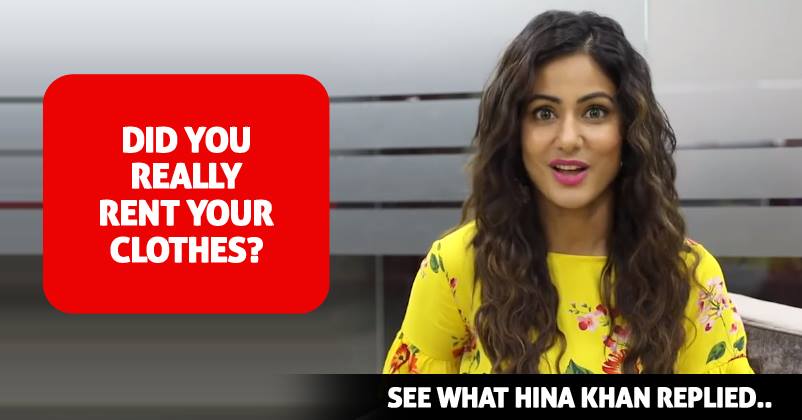 Hina Khan was one of the most controversial contestants of Bigg Boss 11. Often, she was targeted for her rude behavior and arrogance.

She had also made headlines for “Renting clothes”; as we all know, Hina had got lots of designer clothes with her and none got repeated. A designer had also accused Hina’s stylist of borrowing clothes from other designers.

Apart from that, Hina was trolled for her maths & her forgetful attitude. The Yeh Rishta Kya Kehlata Hai actress used to often change statements which used to irritate social media users. If you closely noticed Twitter during Bigg Boss 11, it used to be filled with memes and trolls abut Hina’s overacting and her arrogant way of talking.

Finally, Hina has broken silence on all these matters.

In an exclusive interview with TV Times, Hina has given amazing responses to some hottest questions. When journalist asked her about renting clothes, Hina said that she had left this job to her stylist. The actress said that her stylist had “Sourced” clothes and not “Rented” or “Borrowed” them. In fact, Hina says that both, herself as well as the designer, were happy with this process and that third person had no right to comment on this.

Talking about trolls, Hina said that Bigg Boss edited some parts and didn’t show full statements to audience, which is why she was misinterpreted.

Hina also talked about how Rocky and her family were her strong pillar of support and how they fought the world for her.

Watch the full interview right away;

Are you satisfied with Hina’s answers? We would love to hear it from you.

Continue Reading
You may also like...
Related Topics:Hina Khan, Interview