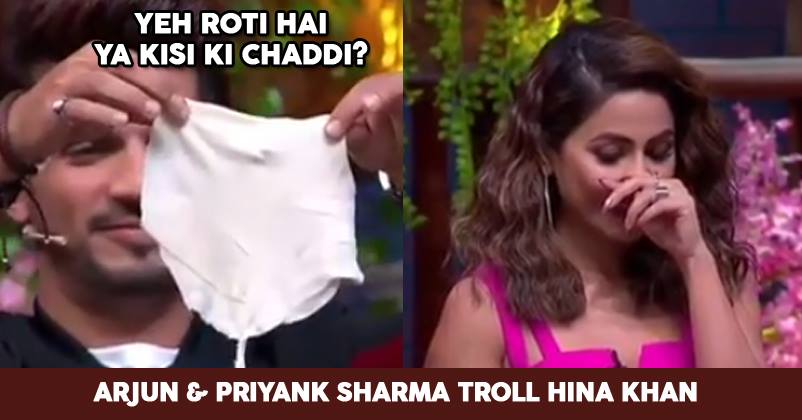 Hina Khan is one of the most loved television actresses and she has taken part in reality shows as well other than entertaining us with her acting in serials.

Recently, she appeared in Arjun Bijlani’s show Kitchen Champion with her boyfriend Rocky Jaiswal and friend Priyank Sharma. As the name of the show suggests, it is related to cooking so Hina was also challenged to perform a task; however, she failed miserably.

A video is going viral on the Internet and social media in which Hina is seen getting challenged to make a round roti. She not only accepted the challenge but in fact acted as if it was very easy for her and Arjun was also seen motivating her.

She started well but in the end, she got trolled by Arjun and Priyank as her roti was not at all round.

Arjun called the uncooked roti as kachcha (underwear) and monkey cap because of its shape and said that Hina might not have learnt to cook lachcha parantha but she knows how to make kachcha parantha. Priyank joined him soon and both of them made fun of her. 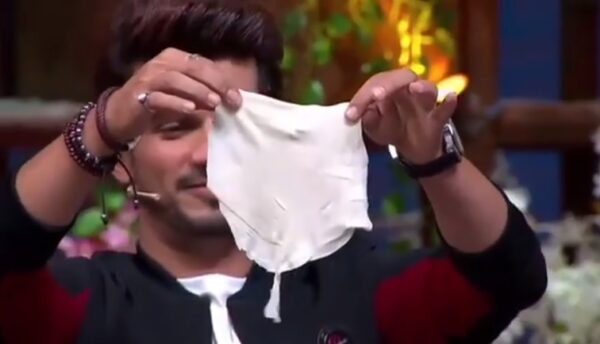 Hina was left with no option other than hiding her face in the arms of her boyfriend Rocky Jaiswal.

What do you have to say about Hina’s roti? Let us know.

PM Narendra Modi To Release On April 12. Netizens Ask The Reason Of Hurry
Kapil Sharma Finally Speaks About His Wrong Behavior In The Past.