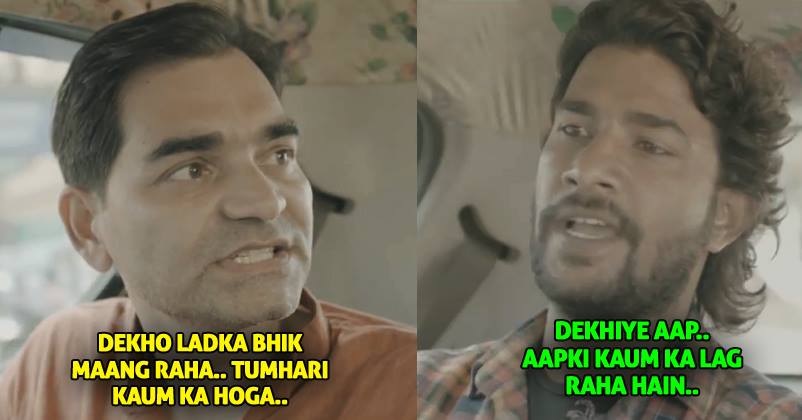 January 26 is celebrated as the Republic Day because Constitution of India came into effect on this date in the year 1950.

Even after so many years of getting freedom from the rule of the British, India and Indians have not been able to free themselves from the shackles of orthodox, caste, religion and status. We often witness fight between Hindus and Muslims over petty issues which could have been solved peacefully. Sometimes, the situation becomes so grim that it takes a devastating turn and many innocents have to bear its brunt.

Here we present a video on the Republic Day with intent to convey the message of peace and brotherhood among all the religions, showing the supremacy of humanity above anything else.

It so happens that two strangers belonging to two different religions (Hindu and Muslim) share a taxi as they have to reach the same destination. However, their opinions mismatch and they begin to make unfavourable comments on each other’s nationalism and love for India. Just then, something happens which changes their mindset completely and they get to realize how wrong they were in their perception about nationalism. Eventually, they learn that it’s all about being united as “one” rather than fighting in the name of religion.

This amazing video has a heart-touching message:

How did you find the message and video? Let us know.

Hindu Woman Offers Teeka & Prasad To A Muslim But She Refused. End Will Leave You In Tears
2 Bikers Got Stuck With 2 Tigers. They Escaped Miraculously & Video Is Must Watch