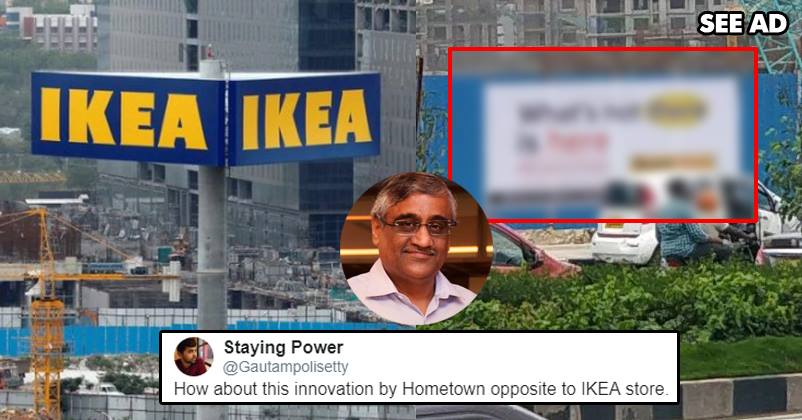 IKEA has made Indians crazy ever since its launch. The first store opened in Hyderabad on 9th of August and we were surprised to know that around 40,000 people visited it.

The queue was too long, thereby paving way for heavy traffic jams. After seeing the videos that surfaced on the internet, we felt lucky to not go there amidst such rush.

Even the sales figures created history on the very first day itself; Mahesh Murthy said that IKEA earned 2.4 crores from 9th August to 10th August (Lunch time) & 11 lakhs from the restaurant.

There is no doubt that IKEA will soon become every Indian’s favorite furniture line. However, this didn’t stop HomeTown, another furniture store, from placing an innovative ad right in front of the IKEA store. 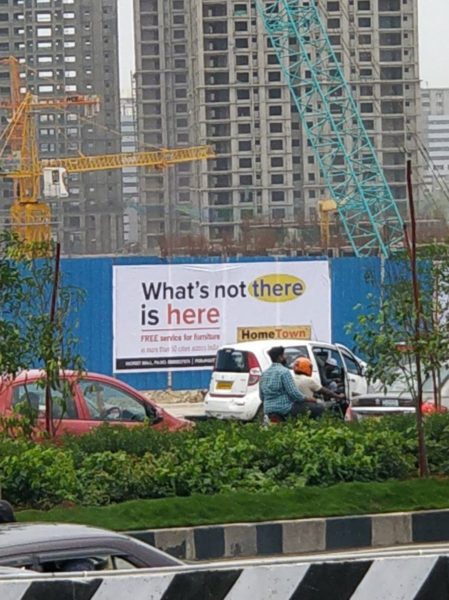 The ad read, ‘What’s not there is here”. Indirectly, it says that what people don’t find at IKEA, can find at HomeTown.

People loved the creativity! This is the most subtle and creative marketing campaign & very soon it went viral over Twitter.

Here are some reactions;

How about this innovation by Hometown opposite to IKEA store. pic.twitter.com/QDrs8tB9th

Do you think it’s easy?

.@HomeTown_In throwing shade at .@IKEAIndia on their launch day. Vilkommen IKEA. Did you think this was going to be easy? pic.twitter.com/SC9PxtKffk

Yes, there’s too much competition and HomeTown will definitely benefit from these ads. They have taken advantage of the hype and used the right tactic.

Continue Reading
You may also like...
Related Topics:hometown, IKEA