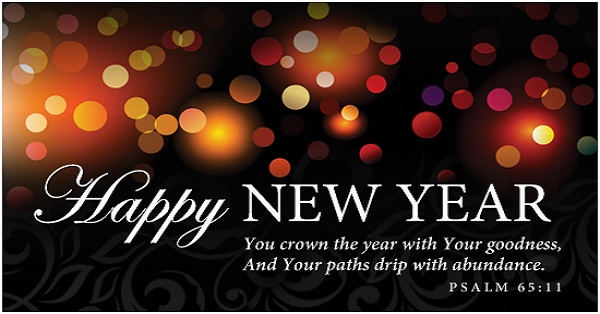 With we all set to bid adieu to 2015 and welcome the new year of 2016, it’s time we discussed about ‘new year’ according to various customs. Hindu New Year is celebrated according to the Hindu Lunar Calendar- ‘Panchanga’. The popular name of the Hindu New Year is ‘Vikram Samvat’. In the Indian Calendar, seasons follow the sun, months follow the moon and days both sun and moon. The calendar began in 57 BC, so to correspond with the solar calendar 57 years need to be subtracted from the Hindu Year. New Year falls at the time and date the Sun enters Aries on the Hindu calendar which is normally on 13th or 14th of April, depending on the Leap year. The New Year is celebrated with children (younger and elder) paying respect to their parents and other elders and by seeking their blessings. They also exchange tokens of good wishes for a healthy and prosperous year ahead. Islam has a lunar based calendar with 354 days. Accordingly the New Year date changes every year as the Islamic Calendar is 11 days shorter than the solar calendar. ‘Maal Hijra’ or Islamic New Year is celebrated on the first day of Muharram (the first Islamic month). The word Muharram also means respect. It is more of a cultural event than a New Year celebration. People welcome the New Year with peace and prayers. The Islamic calendar started counting the years from July 16, 622 AD, which is the estimated date of Muhammad’s flight to ‘Yathrib’. New Year for Jewish people is one of their most important events. The months of September and October are for welcoming the New Year. Festival celebrations begin with ‘Rosh Hashanah’ and ends with ‘Yom Kippur’. The origin of Jewish New Year can be traced from the Bible and takes place in the month of ‘Tishri’ (that is the months of September and October according to the Gregorian calendar). It’s actually a 10 day long celebration, beginning at sundown of first day and lasting until sundown on the tenth day. Rosh Hashanah is celebrated the first two days. ‘Rosh Hashanah’ occurs 163 days after the first day of Passover (Pesach). In terms of the Gregorian calendar, this means that the date of New Year varies. The earliest date on which ‘Rosh Hashanah’ can fall is September 5, as happened in 1899 and again in 2013. The latest ‘Rosh Hashanah’ can occur is on October 5, as happened in 1967 and will happen again in 2043. Dionysius Exiguus was the calculator of the Anno Domini dating system. Anno Domini or “the year of our Lord” is the dating system used in the West and is based on the calculated date of Jesus Christ’s birth. There was no year zero and the system started directly at 1 AD. The adoption of this dating system occurred at different times and in different places throughout Europe during the early middle ages.
However when the reckoning from Jesus’ incarnation started replacing the previous dating systems in Western Europe, different people chose different Christian feast days to begin the year: Christmas, Annunciation, or Easter. Thus, depending on the time and place, the year number changed on different days, which created slightly different styles in chronology. Most western European countries changed the start of the year to January 1 before they adopted the Gregorian calendar. Mid-January marks the celebration of Mahayana Buddhist New Year celebration (although many Mahayana Buddhist such as Japanese Zen, celebrate the New Year on December 31st). It is a time when you invite mindfulness into your life and endeavour to practice it always, every moment holds the same potential as the passing of the calendar year. The Chinese New Year falls on a different date each year because it is based on a combination of lunar and solar movements. It can occur between January 21 and February 20. The festival begins on the first day of the first month (Chinese: 正月; pinyin: Zhēng Yuè) in the traditional Chinese calendar and ends with Lantern Festival which is on the 15th day. Chinese New Year’s Eve is a day where Chinese families gather for their annual reunion dinner and is known as Chú Xī (除夕) or ‘Eve of the Passing Year.’

It is also called the ‘Songkran’ and is celebrated from April 13-15. One of the main activities is the throwing of water. Thais throw containers of water, use water guns, and even garden hoses to soak each other. The water is symbolic in the hope that it will bring good rains in the New Year. All Buddha statues and images are also cleansed for good luck and prosperity.

It is also called ‘Enkutatash’ meaning the ‘gift of jewels.’ It will be on Sept 11, at the end of the big rains. Dancing, singing, and celebrations happen as the people celebrate this spring festival. Some cities have spectacular religious celebrations although it is not exclusively a religious holiday. Sri Lankans celebrate the Sinhala & Tamil New year which falls on the 13th April. An auspicious time is observed to light the first fires, to eat, to make commercial transactions, to go to work etc. Every house would serve traditional sweetmeats and milk rice on this day. Keum, Kokiss, Athiraha, Aluwa, weli thalapa are some of the traditional sweet meats that would adorn the table. It’s a fun time for all with various activities. The celebrations in its traditional form can be seen in the villages rather than in Colombo. The season is also the best as you would find all the flowers in bloom and fruits ripe on every tree. ‘Suba aluth avuruddhak’ means wish you a Happy New Year. In the western part of India the people of Gujarat are known for their colorful ways of life and their festivals are the true reflections of their lifestyle. Gujarati New Year is a time of festivity and it is marked by rituals, grand celebrations and general merriment. The people of Gujarat celebrate their New Year or Bestu Varas in the month of Kartik, which is the first month of their calendar. The day of the New Year is also called Varsha-pratipada or Padwa in some places. It is celebrated on the day after Diwali.

So how was it? Do not forget to share your views in comments below.