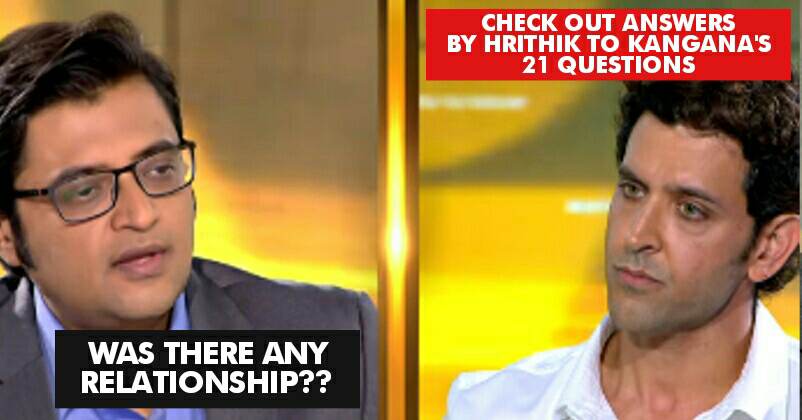 Hrithik-Kangana saga is one of the most controversial issues of Bollywood and they both have also resorted to legal course against each other. Allegations and accusations are made on a regular basis and social media is used as a medium to blow dirt on each other. Kangana’s sister Rangoli is also playing an important part in this matter and she is using Twitter for blaming the “Krrish” star and accusing him of harassing her sister.

However, it seems that the patience of Hrithik Roshan has dried up and he appeared on Republic TV for giving an interview and talk about this burning matter. This interview was captioned as “No Interview So Explosive” by the channel and we all know why! 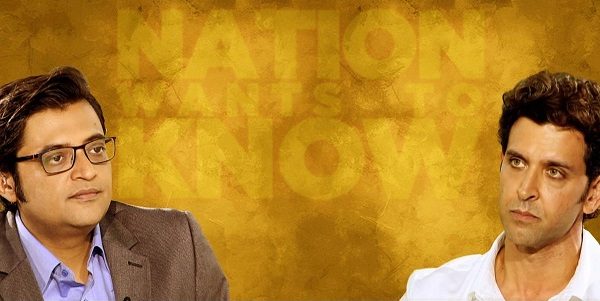 Here’s why Hrithik decided to talk about this issue,

He also told why he was afraid during all this time,

“I am afraid even now. I am afraid that my words will be misused. I can’t be emotional as it will show me weak. I cannot be vulnerable, as I will be termed as sympathy gainer. But it is affecting me and my family’s well being. I have had enough of it. My silence is not my strength anymore. It was affecting me now. I had to do something about it. There were lots of moments when I wanted to speak up, but people advised me not to!”

Hrithik has opened his heart and tried to talk after dropping all his inhibitions and come out clear on this matter! Check out Hrithik’s answer to 21 questions asked by Arnab Goswami:

Answer) In 2009 while shooting Kites.

Q 2) Arnab: In 2009, a close friend of Kangana quoted that you and Kangana had found solace in each other’s company, and you two were really good friends.

Answer) We were not! We were not friends. I wanted her to be professional. I was proud of her. She used to come with suggestions. She was giving so much to my film. That was so much to ask for! She told she was inspired by me when she was 8 years old as she had watched some movie of mine or some photo in newspaper.

Q 4) You had a relationship with her? Any romance? There is no smoke without fire!

Answer) Facts are bigger than fiction! There was no relation and no romance. She used to send me videos of herself doing summersalt on beach. I used to normally compliment her in reply. I never thought that a single smiley and a compliment would lead to all this. I found her very shy. She never spoke. We never had proper conversation.

Q 5) You invited her in birthday parties, and so did she!

Answer) My films were under production that time. They were my team. I was proud of all of them. It was celebration time.

Q 6) What was the first uncomfortable encounter?

Answer) It was October 2012 and we were in Jordon. I was calling it a night as I was very tired. It’s when she approached me as she wanted some career related advice. I asked her that we will chat in the morning on flight as I am very tired right now. I went into my room, and called for a room service. It’s when there’s a loud knock on my door. I see through my door and it was her. She wasn’t in the right state. She was drunk. I called my assistant to call up Rangoli to take Kangana back to her room.

Q 7) Did you then talk about this incidence next?

Answer) Next day, Rangoli came up to me and was sorry about it and said that Kangana is a good girl, and never behaves like this. I said it was OK, and I am not judging her. And next we met were for the promotions of Krrish 3 the following year. I have never met this person one on one in my entire life.

Answer) I was relieved to hear when she said that. And then the photo came out. I was relieved that we can demolish both these claims in a second. And we did. The picture was photoshopped, and we have provided the proof. And in 2014, I didn’t even leave the country from Jan to March. And in Dec 2013, I was in US, and not in Europe.

Answer) It is disgraceful. You think I haven’t tried? Everything I did was used against me. I have written about 20 blogs on this. I had adverse impact on me. But people stopped me because I had a star label.

Q 10) You met at Karan Johar’s birthday party. What happened that time?

Answer) She said that she read my mail about how I was happy seeing her film ‘Queen’ and how Proud I was. I clarified that I haven’t watched the film. I didn’t send any e-mail, and I didn’t have her e-mail id. This made her upset.

Q 11) Why didn’t you take an action when you received those mails?

Answer) I believed that it wasn’t Kangana to send those e-mails. But then I got a message from Rangoli who abused me, and accused me of hacking Kangana’s mail, and how I forced her to record videos and take pictures. I was shocked. She even forwarded me an attachment of my so-called mail. But it wasn’t from my id. I clarified everything and said that I am open to any kind of investigation. I told Rangoli that it’s an imposter. Rangoli agreed with me and said that we should then try to find the imposter. And then, after some time she threatened me. 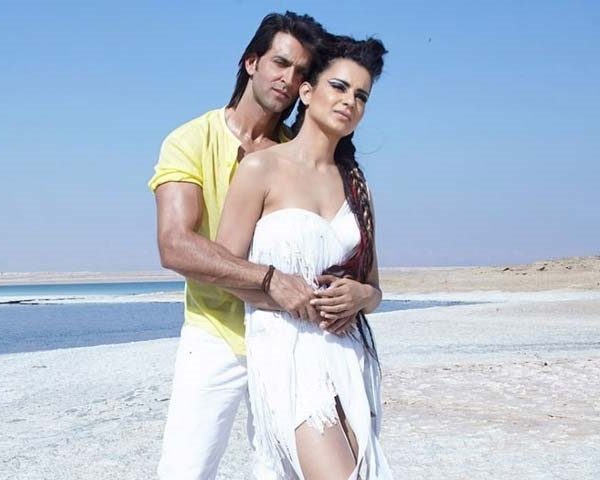 Answer) There is no blocking option on email and device unlike WhatsApp has. At least, not on my device. I looked out for options to stop those mails. But you can only spam them, and junk them. I did the same. I read some 40-50 of those 3,000 plus mails.

It is when after 2 years that harassment became public and she quoted me as a ‘silly ex’, I talked to Cyber people who retrieved those emails.

Earlier that harassment was limited to my laptop but now it was public. In those e-mails, she would tell her about the happenings of her entire day, where she went, with whom she met, and the pictures she took. If I were sending those mails to myself, how would I know all those details.

They say that I had taken those pictures when we were in a relationship and was then sending those pictures to myself pretending to be Kangana. Firstly, there was no relation. Secondly, how would I click a selfie of her. I leave it to the common sense of people.

I did not take any action initially because my higher intelligence has taught me that ignorance is the best way to discourage someone for their actions. In past also, I have received many e-mails from obsessed people and I learnt to ignore them.

Q 13) Why were you not protecting yourself?

Answer) It was my mistake. I talked to the then Police Commissioner of Mumbai and he asked me not to have any conversation with that lady. I don’t have any legal knowledge. Moreover, I am media shy. I had to take his advice. I didn’t want to be an attacking person. I wanted a solution. I am not fighting anything. There is no use of accusing her. We should look for the solution. We should learn something.

Q 14) You never reacted all those 2 years, but you reacted after she called you a ‘silly ex’.

Answer) Yes, I will clarify that. It was the first time this harassment went public. People said that why are you reacting to this if you have no connection with her. Your reaction proves that there was something between you both. I want to say that if someone abuses me and I react to it, this doesn’t mean that I accept those abuses.

She didn’t take my name in the answer. But my name was there in the question which was asked to her. And then I joined the dots. My team called up Rangoli but she disconnected after she realised that it was my team member. We tried to reach out to the people with whom she was working at that time but we couldn’t.

Q 15) You sent her a legal notice after this.

Answer) That notice was a private one. I just wanted her to stop all that. But it backfired. I didn’t call her mad or anything. She herself had written in those emails. She might be a wonderful person. After that I started getting messages from round the globe that I am not just a silly ex, but a small minded man too. Every single move of mine backfired.

Q 16) You have accepted that you are uncomfortable here and you are vulnerable. Will it affect you after admitting this on national television?

Answer) I am a human being. I have accepted my vulnerabilities. At least I am not pretending to be strong. People are depressed who pretend to be good. They commit suicide in the end. People near me told me that I am a star and I should keep going. But the human being inside me told me that I am not a star but a normal being who is an actor. This whole superstar thing is an illusion.

Q 17) She recently went on a Hindi channel and gave minute details about your relationship.

Answer) I saw that. I laughed it off, and was amused to see that. And I realised that it is going to start all over again because she was so convincing. I then had a word with a doctor that how she can be so convincing while lying. He made me understand everything.

Q 18) You feel that you have been used as a prop for publicity?

Answer) Doesn’t matter. People can use my name if it helps them.

Answer) If they believe me, it’s great. If they don’t, great. I have spent 4 years when people didn’t believe me. It doesn’t bother me anymore. I am not here to accuse anyone. I am here to shut down this chapter, to create awareness, to defend myself, and then move on.

Q 21) She might be watching this show. What would you say to her?

Answer) If I get a chance to speak to her, I will tell what my thoughts are, but not here. It’s national television.

What do you have to say about this controversy after this interview? Let us know your views!