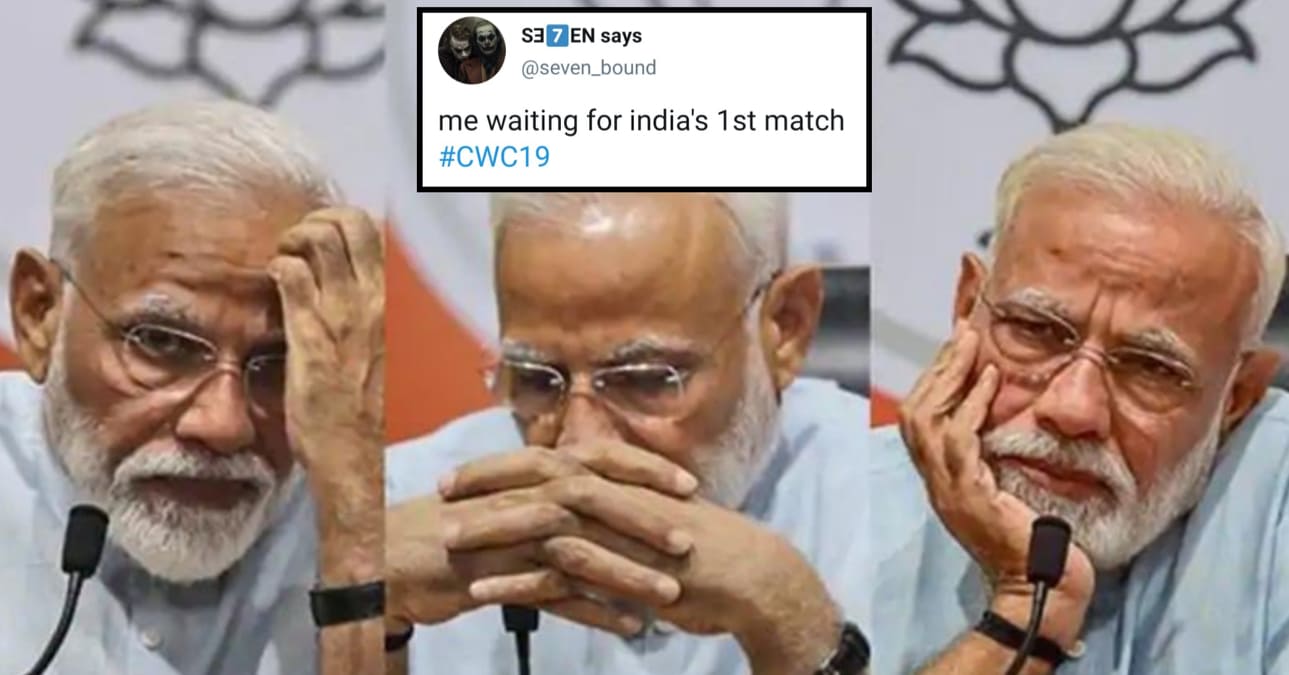 It has a been a week since the ICC world cup started and India hasn’t played a single match yet. Though some of the memorable moments have already occurred like Bangladesh defeating South African and Pakistan defeating England but Indian fans are getting restless.

India will play its first match on June 5 against South Africa and the wait is just too much for the crazy cricket fans. While some are excited about India’s first match, some are angry as they haven’t got to see the Indian team on the ground yet.

However, India played two warm matches against New Zealand and Bangladesh. Now Indian memers and trollers are busy aking memes on the delay of the match and what are they doing meanwhile.

"Every team is fighting for WC"
Team India: pic.twitter.com/Tyc6vl4azu

India seeing other teams play matches and having played no match till now be like- pic.twitter.com/wj0wg6Xp47

Indian team is like me on Tinder….Not even a single match till now.

Me waiting for India Vs South Africa match: pic.twitter.com/d9cJRC4Lsn

India lost the warm-up match against New Zealand while won against Bangladesh with 95 runs.