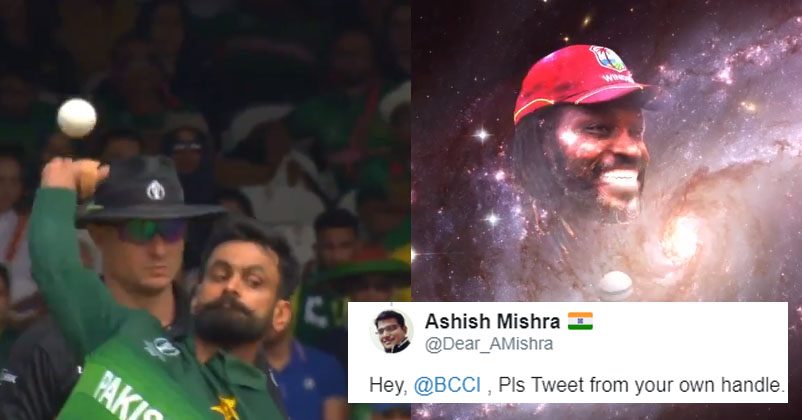 The online world is full of memes and jokes. Being a memer is cool job nowadays but when an organization like ICC decides to give memers rest, it grabs far more attention. The official Twitter handle of ICC posted a funny tweet about a Pakistani bowler. 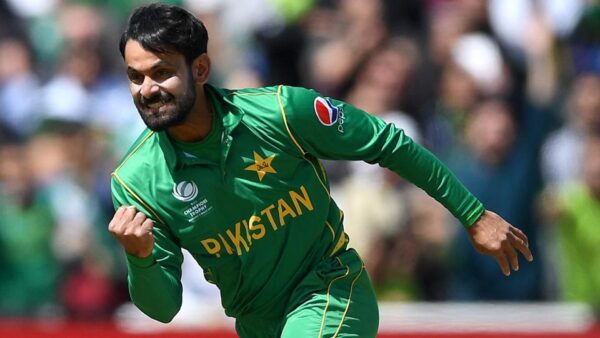 During the match between Pakistan and Bangladesh, at The Lord’s, Mohammad Hafeez delivered a very rare but hilariously loose ball to Bangladesh’s batsman Soumya Sarkar in the third over. The ball slipped from Hafeez’s hand and went so high that even the camera couldn’t film it.

However, the batsman hit the ball out of the boundary by Hafeez’s delivery caught a lot of attention on social media. Starting with ICC, who posted a video showing the ball leaving Hafeez’s hand, and traveling to space, moon and then coming back, everyone made fun of it.

When your bowling coach tells you to "give it some flight" 😂@MHafeez22 🙈 #CWC19 pic.twitter.com/85QDLoaLCb

But ICC’s tweet divided the internet into two groups. Some laughed with ICC while there were some, mostly Pakistani fans who called ICC partial and asked if it is “Indian cricket council“. People are wondering if an Indian is handling ICC’s twitter, as no one hates Pakistan more than an Indian.

ICC is making memes like Pakistani fans made for Imran Tahir. 😂 https://t.co/DBbDYqxIaP

You should've added @ImranTahirSA running in space too 😂👌

Once upon a time ICC was a good mate and then… pic.twitter.com/X6rJj8YvFN

Its act of rubbish by @ICC .You are an organization,you should encouraged the players not to discouraged them.I am very sad about this process that you have also done. https://t.co/IGqjcI0iMi

I'll really enjoy this Video if its Shared by any Troll / Sarcastic Account. But its not ethical that you make fun holding such office.
Shame on SOCIAL TEAM OF @ICC https://t.co/Nqbd6fhKCn

This action shows ICC is Not manageing The fare Cricket….. #ICC_Gamnling https://t.co/O25T9Pnnw2

We live in a time where mocking people is considered an art.

So, not only ICC’s board is influenced by India but their pathetic sense of humour is as well

At least ICC should not act this unprofessionally, this shows how much ICC is influenced in hate.

This is not the first time ICC has made fun of Pakistan cricket team. Before Pakistan Bangladesh match ICC posted a Jim Carrey meme and taking a jibe at the team wrote, “Pakistan needs to keep Bangladesh to 7 or below to qualify for the #CWC19 semi-finals.”