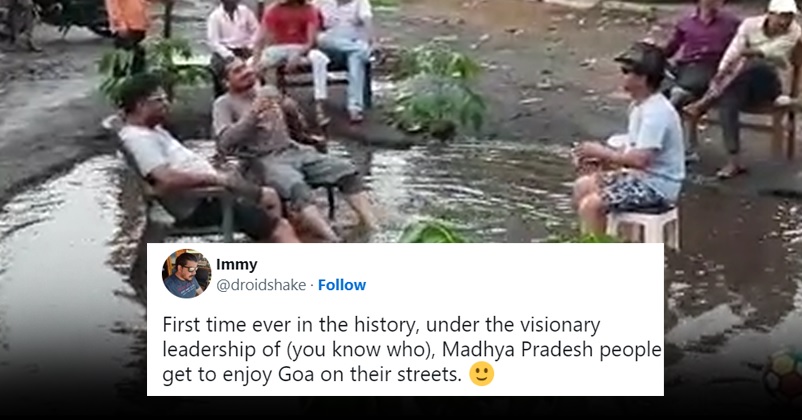 Good infrastructure is certainly one of the most important aspects which are needed for providing a good standard of living and though the Indian government and state governments are working a lot in this regard, still a lot remains to be done. There are many areas where roads don’t get repaired for long even after repeated complaints are made by citizens. 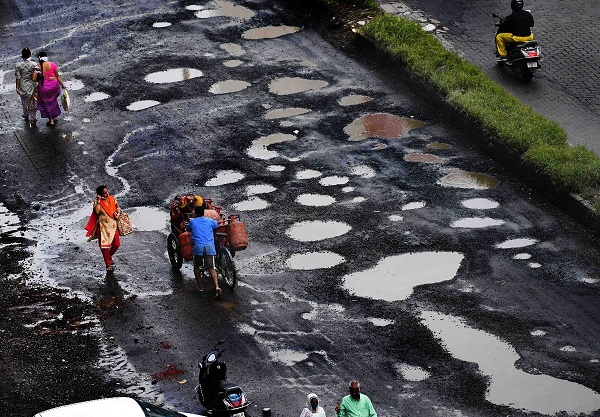 Sometimes a person finds it difficult to understand whether there are potholes on roads or there is road between potholes because they are in such a huge number. The social media platforms have given a new medium to the citizens of the country to raise their voices especially after no one in the authorities listen to them.

In one such interesting incident, some residents of Anuppur, Madhya Pradesh, have come up with a quite unique idea of protest as there is a giant pothole in the middle of the road which hasn’t been repaired by the authorities and due to rains, it has now got filled with water. 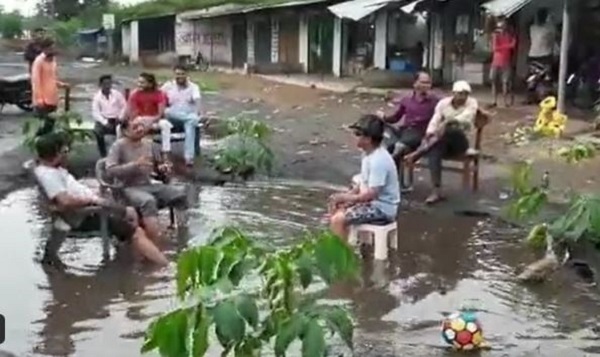 This is certainly one of the best ways to make their voice heard as it is like a slap on the faces of those who are responsible for no action.

Soon online users also reacted on this matter and some targeted the government straight away for this mess:

First time ever in the history, under the visionary leadership of (you know who), Madhya Pradesh people get to enjoy Goa on their streets. 🙂 https://t.co/jXthW1bvjM

They must thank their local minister for this wonderful facility by inviting him/her to the next beach party. https://t.co/7aS2JzHOJU

The most unique protest https://t.co/UGHry7Fy4c

And you are still sad about your cancelled Goa plan! 😅 https://t.co/ywakMobhfl

Meanwhile in India we have beaches 🤪https://t.co/L4Waqgqrs7

Declared as cleanest city of India in 2021
1. Bhopal 2. Indore
What a joke

Strange! Isn't Madhya Pradesh the blessed one with nearly 2 decades of BJP's good governance, vikas etc etc out of which almost 10 yrs with that much trumpeted double engine?🤔

Well, prompt action should be taken in this regard as it may result in accidents.

EIU’s Global Liveability Index 2022 Is Out & This Is The Least Liveable City Of India
Netizens Slam Elon Musk As He Backs Out Of $44 Billion Deal, Twitter To Sue Him, Musk Reacts