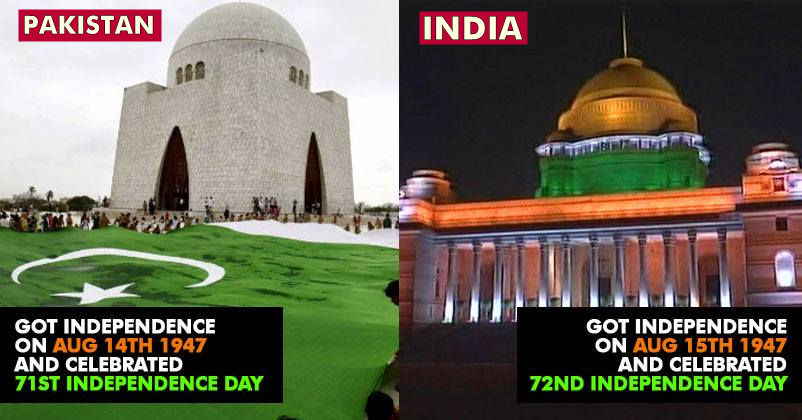 Whole country celebrated Independence Day 2018 yesterday in complete unity. However, there was one thing that “divided” or say “confused” the people.

It was the count of Independence Day. 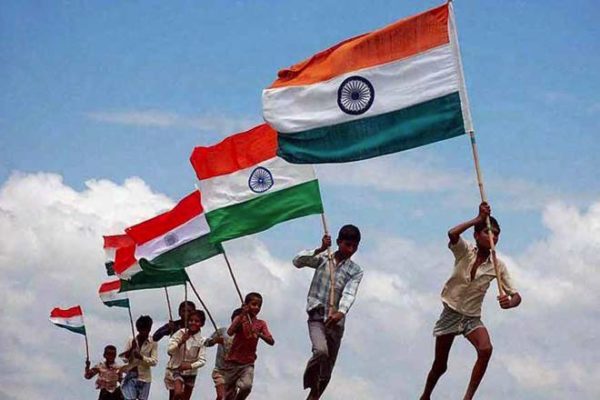 Official Tweet by Pakistan Govt where they claimed 15th Aug 2018 to be 71st Independence day:-

Official Tweet by PIB (on behalf of Indian Govt) where they claimed 15th Aug 2018 to be 72nd Independence day:-

PM @narendramodi with the guests at the 'At Home' function, organised on the occasion of 72nd Independence Day, at Rashtrapati Bhavan, in New Delhi pic.twitter.com/4FFj0XkSIk

Also, if we check, countries like Canada & USA celebrate their Independence day with the same method. Canada foundation date is on July 1, 1867 and celebrated its 150th anniversary in year 2017 and not in year 2016.

Similarly, USA foundation date is 1776 and celebrated their 240th Independence in 2016.

Manmohan Singh who was the Prime Minister in 2007 called it 60th Anniversary of Independent India. Here is an excerpt from his speech.

Today we celebrate the 60th anniversary of our Independence. My greetings to you all on this day of national celebration.

In 2012 too, it was going right and we celebrated the 65th Anniversary. Check out the excerpt from speech of Manmohan Singh.

I greet you all on this anniversary of our Independence.

“The leaders of our freedom movement, under the stewardship of Mahatma Gandhi, had dreamt of an independent and prosperous India. On this day in 1947, Pandit Jawaharlal Nehru took the first step towards the realization of that dream by hoisting the Tricolour at the Red Fort. The journey we began on 15 August, 1947 is now 65 years old. We have achieved much in these 65 years.

The problem started when in 2013 during his last speech at 66th Anniversary he didn’t mention the count of Anniversary. You can read the speech here.

And then in May 2014, Narendra Modi was elected as the new Prime Minister. In his first speech of Independence that was 67th Anniversary, he too didn’t mention the count.

Meanwhile, media had already started doing confused reporting. They called Independence Day 2011 as 65th, 2014 as 68th and so on. Have a look-

Then in 2015, when Prime Minister’s official website called the 68th Independence Day as 69th, another major part of the media started reporting wrong way. Check out the screen shot-

From there on, the series of wrong reporting started. In 2016, Narendra Modi himself declared the Independence Day 2016 as 70th Anniversary. Check out an excerpt from his speech.

My dear countrymen,
From the ramparts of Red Fort, I greet 125 crore fellow countrymen – within and outside India, on the auspicious occasion of Independence Day.
On this 70th festival of freedom, we have a new resolve, a new resolution, a new enthusiasm, a new vitality to take country to new and greater heights. Our freedom reminds us of the sacrifice of our freedom fighters and their devotion to the cause of freedom through struggle and sacrifice. On this occasion, we remember those young people who went willingly to gallows. We are breathing today in free India, thanks to Mahatma Gandhi, Sardar Patel, Pandit Nehru and many other great leaders and people who struggled and worked consistently towards freedom of the country. 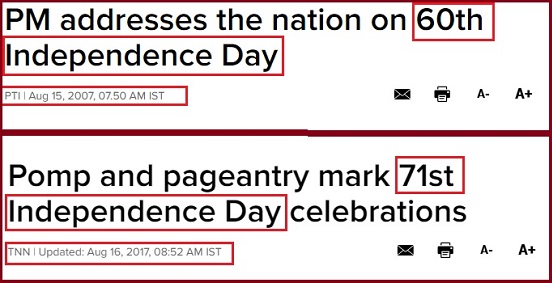 We feel government should correct this confusion because other countries don’t calculate the independence day this way. No one counts the 1st day of birthday or independence as 1st year. If government doesn’t correct it then we will have to live with this wrong counting and we will celebrate 73rd Independence day in 2019. We wonder what will happen during 100th independence day celebration? Will it be in 2046 or 2047 now?

Every other country in world calculates the independence day the way Canada/Pakistan calculated, even we were calculating it correctly till 2012 as explained above. God knows what happened after 2012 that our count of Independence messed up.

We are worried about 100th Independence Day. Pakistan will celebrate it on 2047 and India? Not sure what is going to happen but this seriously is a big issue now.

Continue Reading
You may also like...
Related Topics:Independence day

Ease Of Living Index Survey Results Are Out. This City Has Topped The List
Eid Mubarak! Ever Wondered Why Do We Celebrate 2 Eids In One Year? Here’s Why!