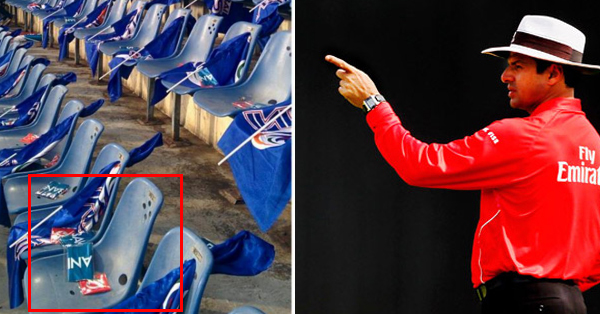 Indian Premier League is going to start very soon and it undoubtedly has a huge audience not only due to the entertainment it provides but also for the fact that players from different nations take part in the tournament; hence, it very easily attracts the foreign audiences as well.

Despite being so popular and having immense fan base, a new rule will be introduced in this IPL in order to involve more fans in the game. Rajiv Shukla, the IPL chairman told that this time, the audiences in the field will also get a chance to express their opinion regarding the decisions which will go to the third umpire. Fans will be telling their opinion about the dismissal of batsman by using a placard and that decision will be aired on the camera. However, the third umpire will have the authority to give final decision.

Future will tell whether this new rule will be appreciated by the fans or not but still it is a good attempt to indulge people in the sport and make them feel important.

Virat Kohli And Anushka Sharma Break-Up Over & The Couple Is Together Again?
Akshay Kumar Detained At Heathrow Airport & You Won’t Believe What He Did